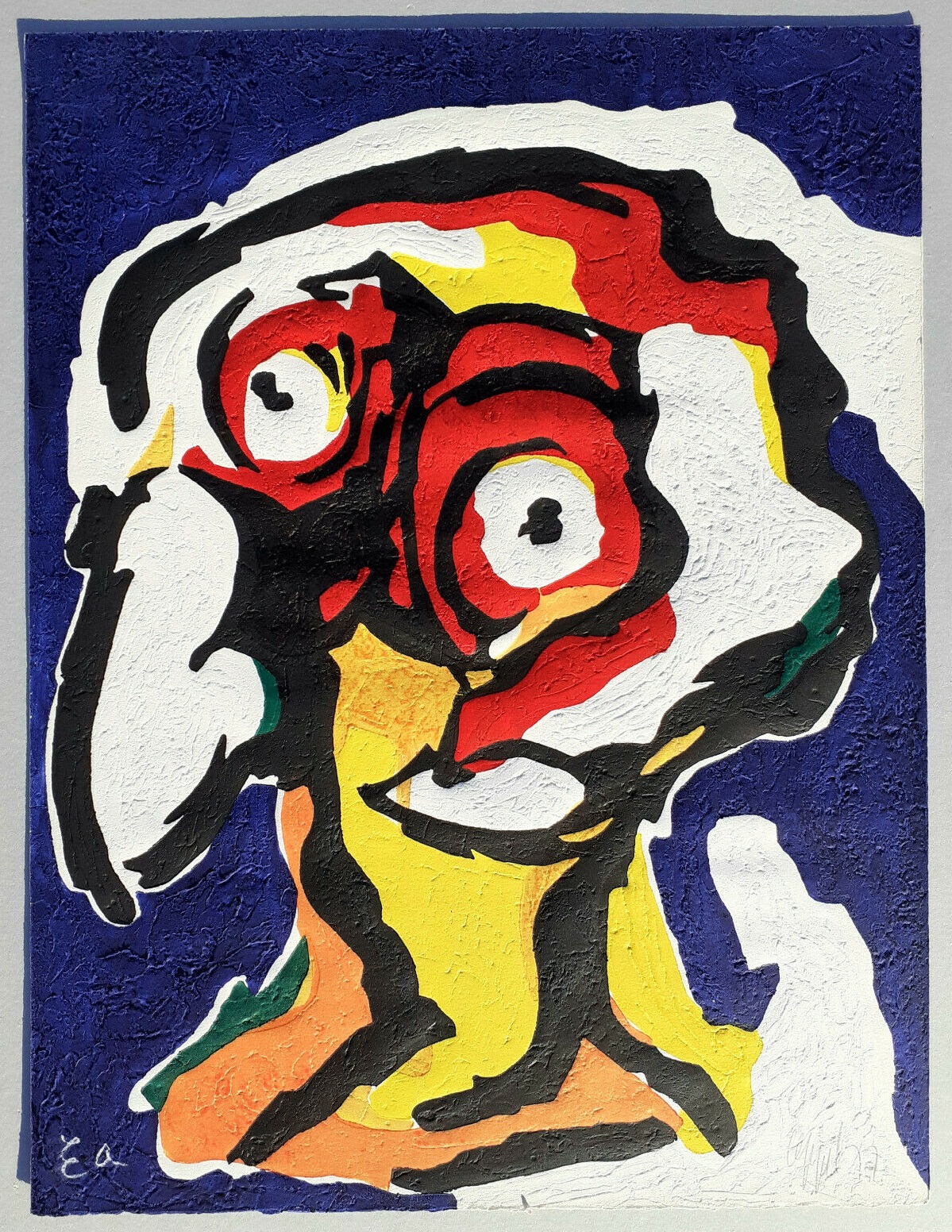 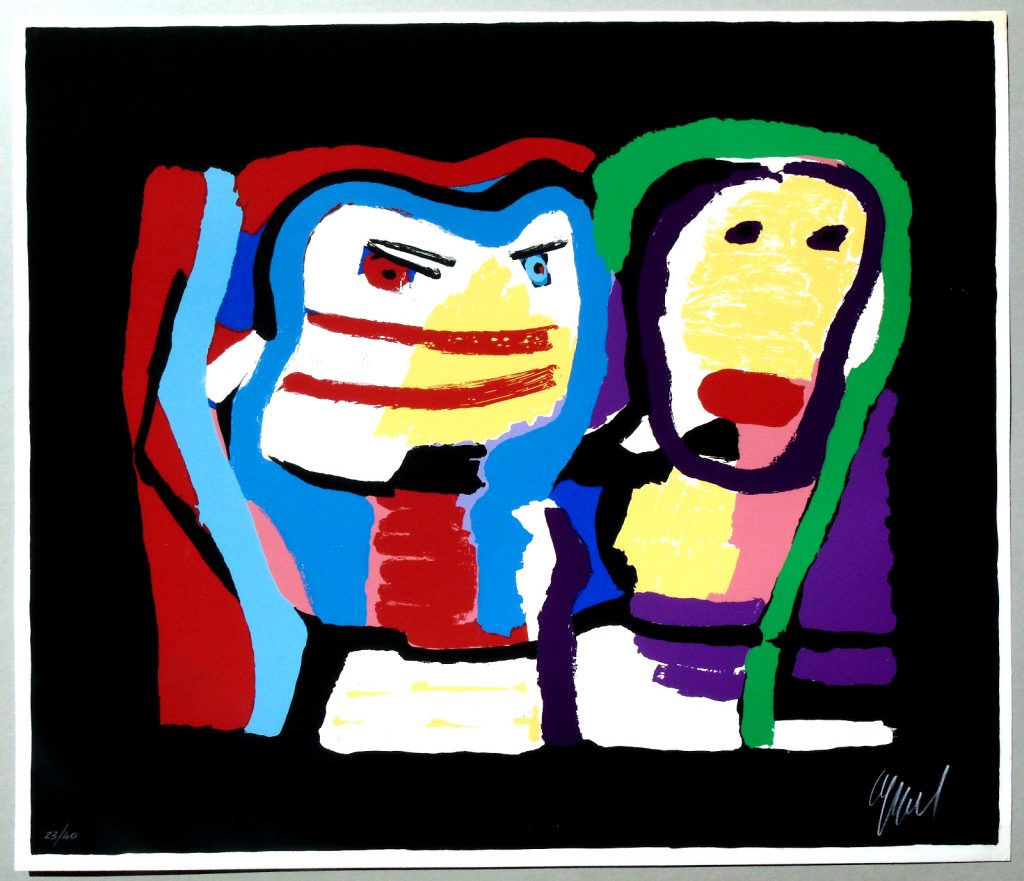 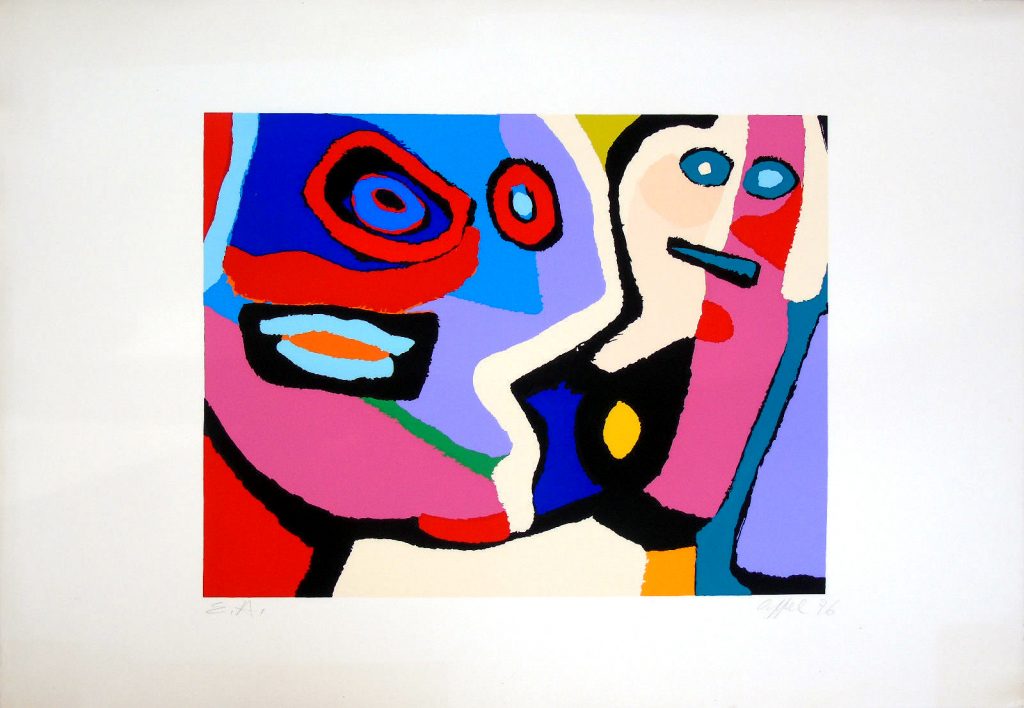 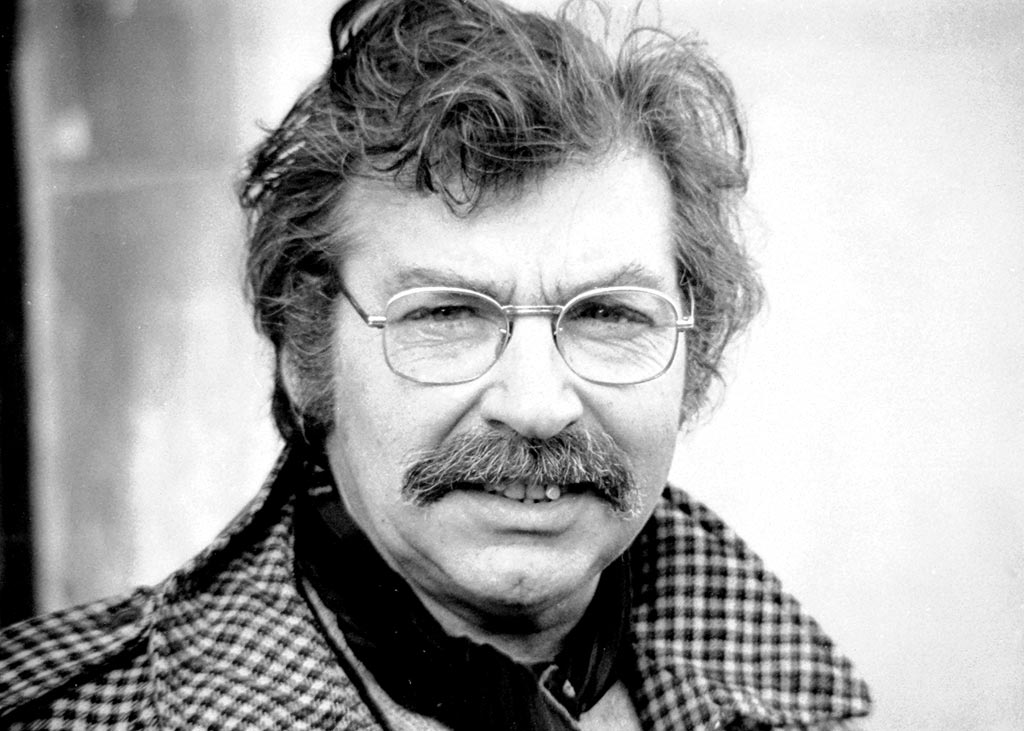 Karel Appel was one of the leading painters in Holland and in Europe in the post war period. He studied at the Rijksakademie in Amsterdam, in 1984 he formed the CoBrA group with Asgern Jorn and Pierre Alechinsky with an espressionist painting based on violetn brush strokes, colours and primitive subjects.

He was also a sculptor and he worked in particular with ceramics realizing primitive subjects full of colours that became one of his most appreciated works. Appel’s works are in the collection of the most important museums in the world as MoMA and Guggenheim in New York, Tate gallery in London, Galleria Nazionale d’arte moderna in Rome and many more.