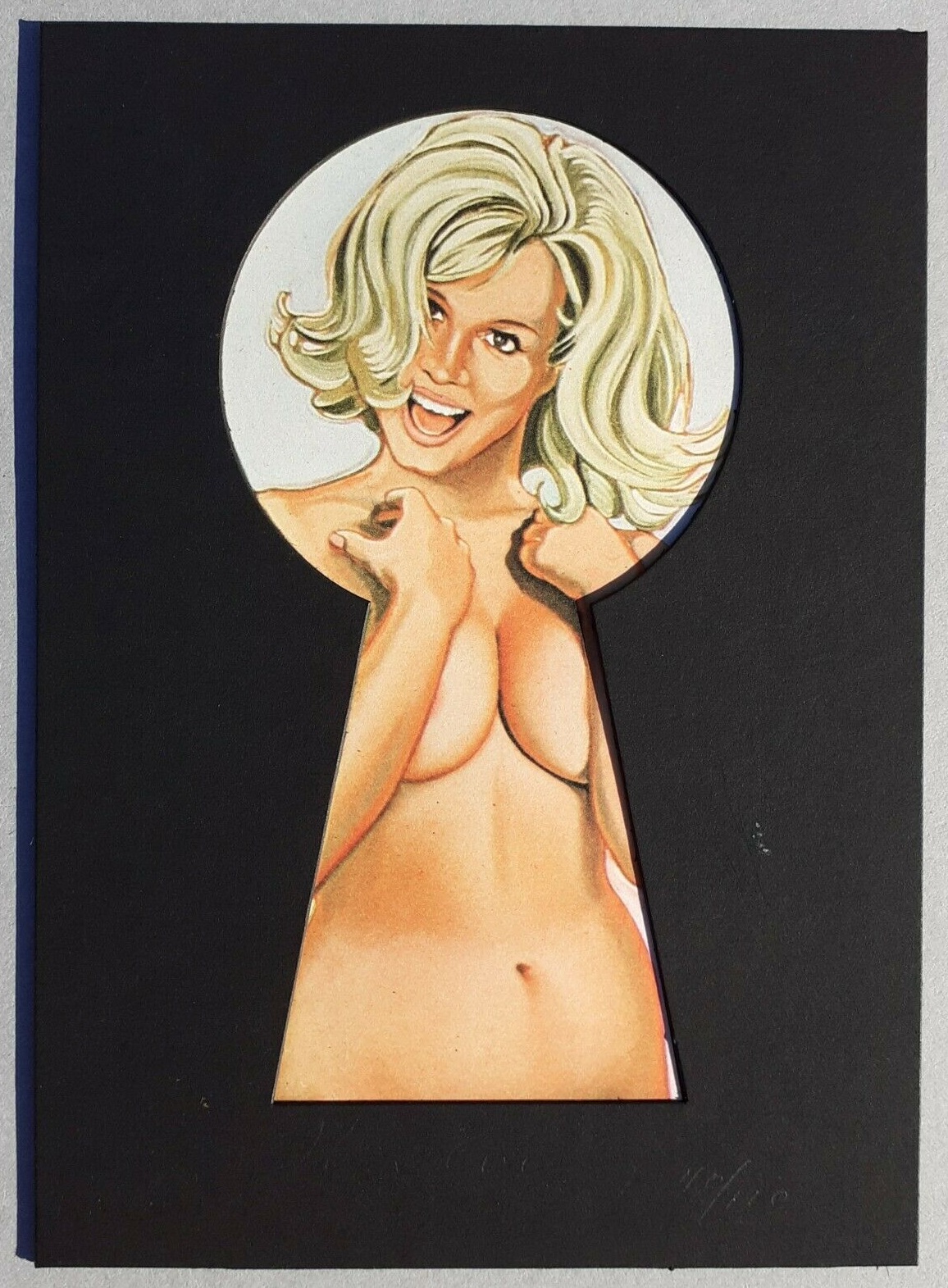 Mel Ramos was born in Sacramento on July 2 in 1935. In 1954 he begins to study art and art history at the Junior College. A year later he changes to the Sacramento State College where his teacher Wayne Thiebaud has a strong influence on him and on his way to paint. Like his teacher, Mel Ramos choose the pop art style and in his paintings he depicts super heroes from comic strips. From 1960 he started to use as a subject the Pin-up-Girls, and this series will make him internationally famous.

His art is a critical reaction to the clichés of using the image of the woman as an object in advertising. His first solo exhibition took place at the Bianchini Gallery in New York in 1964. In 1967 he finally has his first solo important exhibition at the San Francisco Museum of Modern Art. Mel Ramos is recognized as one of the most important representatives of Pop-Art with Andy Warhol and Roy Lichtenstein.

In 1966 Mel Ramos is professor at the California State University in Hayward. Mel Ramos’ works are in the most important private and museum’s collections in the world as MoMA di New York, Whitney Museum, San Francisco Museum of Modern Art, Albertina Museum in Wien and many others. He died in october 2018.