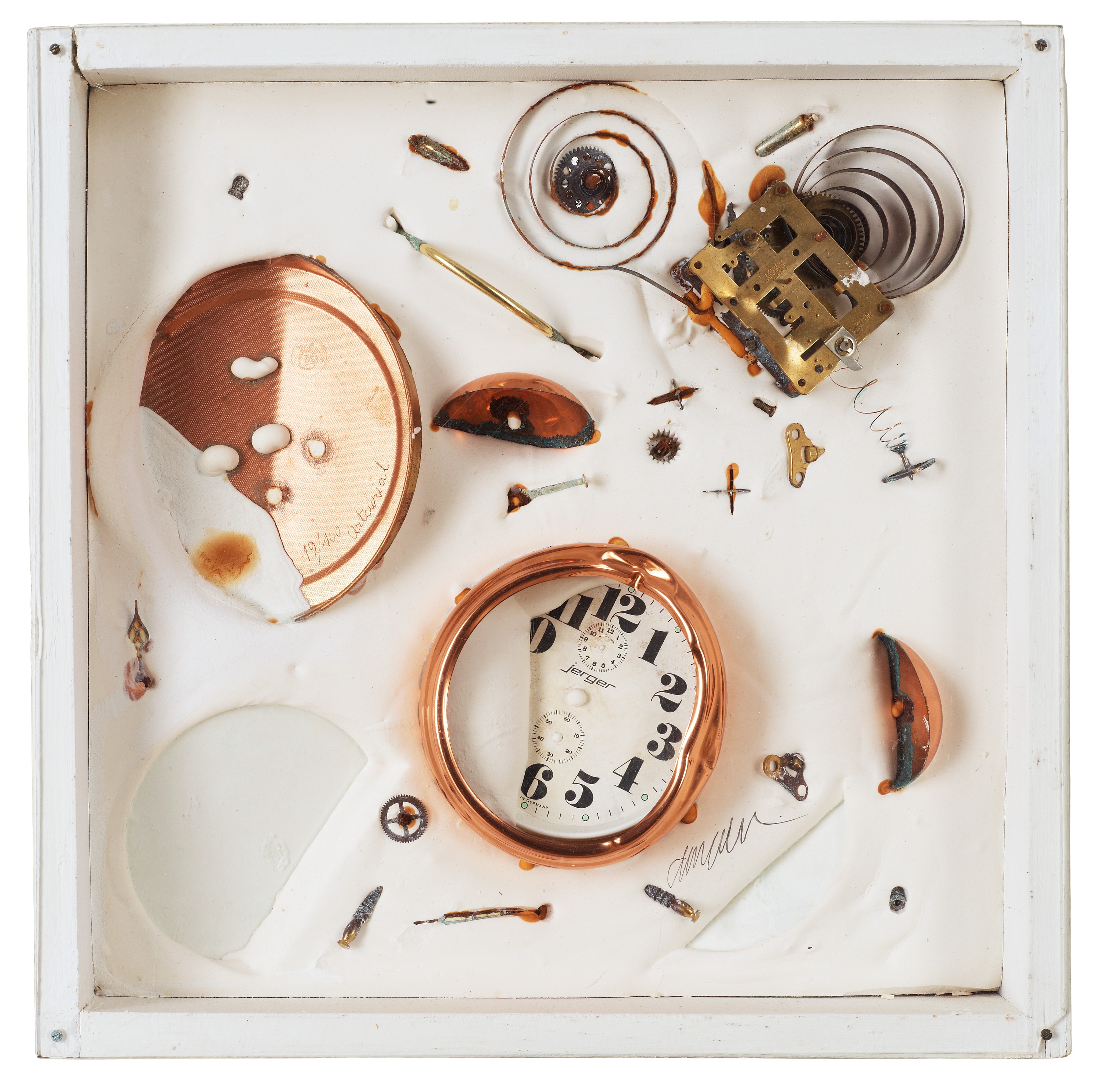 Fernandez Arman – Hommage a Duchamp. To and for Rrose Selavy (cigars) 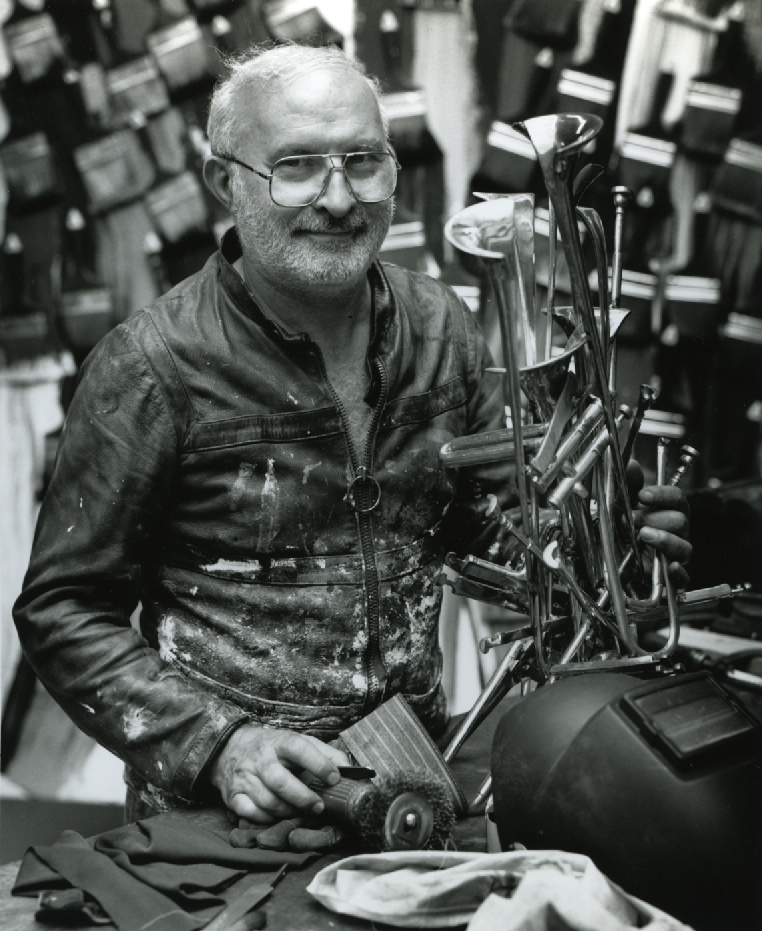 Arman (Armand Pierre Fernandez) was born in Niece in 1928. After the studies at L’École du Louvre, he starts his artistic career. After some figurative paintings, in 1959 the objects of the everyday life become the most important inspiration Arman’s artworks with the famous ”accumulations” in resin, the ”poubelle” and the ”robot portraits”.

He enter the Nouveau Réalisme movement founded by the famous art critic Pierre Restany. In 1963 he creates the first ”combusions” of musical instruments like violins, burned and then put inbto resin or plexiglass cases. In the 70’s he will start immersing the objects in the concrete creating the ”beton” series of artworks.

Later, from the 80’s he works on the ”fragmentation” artworks in which he takes obejcts, dissect them, glue on canvas or wooden panels and paint them. In 1976 he has a personal room at the Venice Biennale to which he will be invited more times as well to the Documenta of Kassel.

The artworks of Arman are in the most important museums in the world like the Centre Pompidou in Paris, the Peggy Guggenheim museum, Museo Berardo in Lisbon and the MoMA in New York. Arman dies in 2005 in New York.