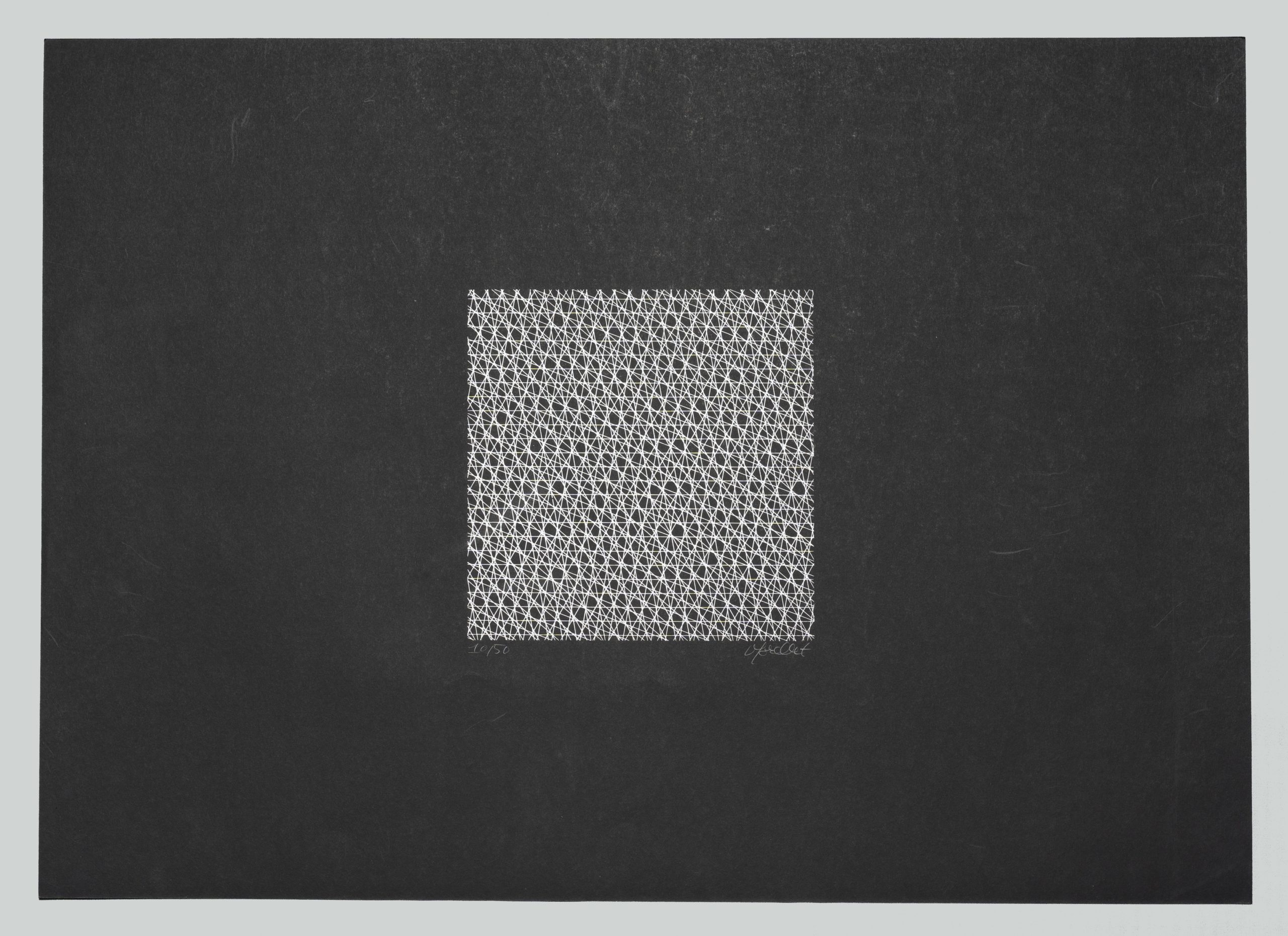 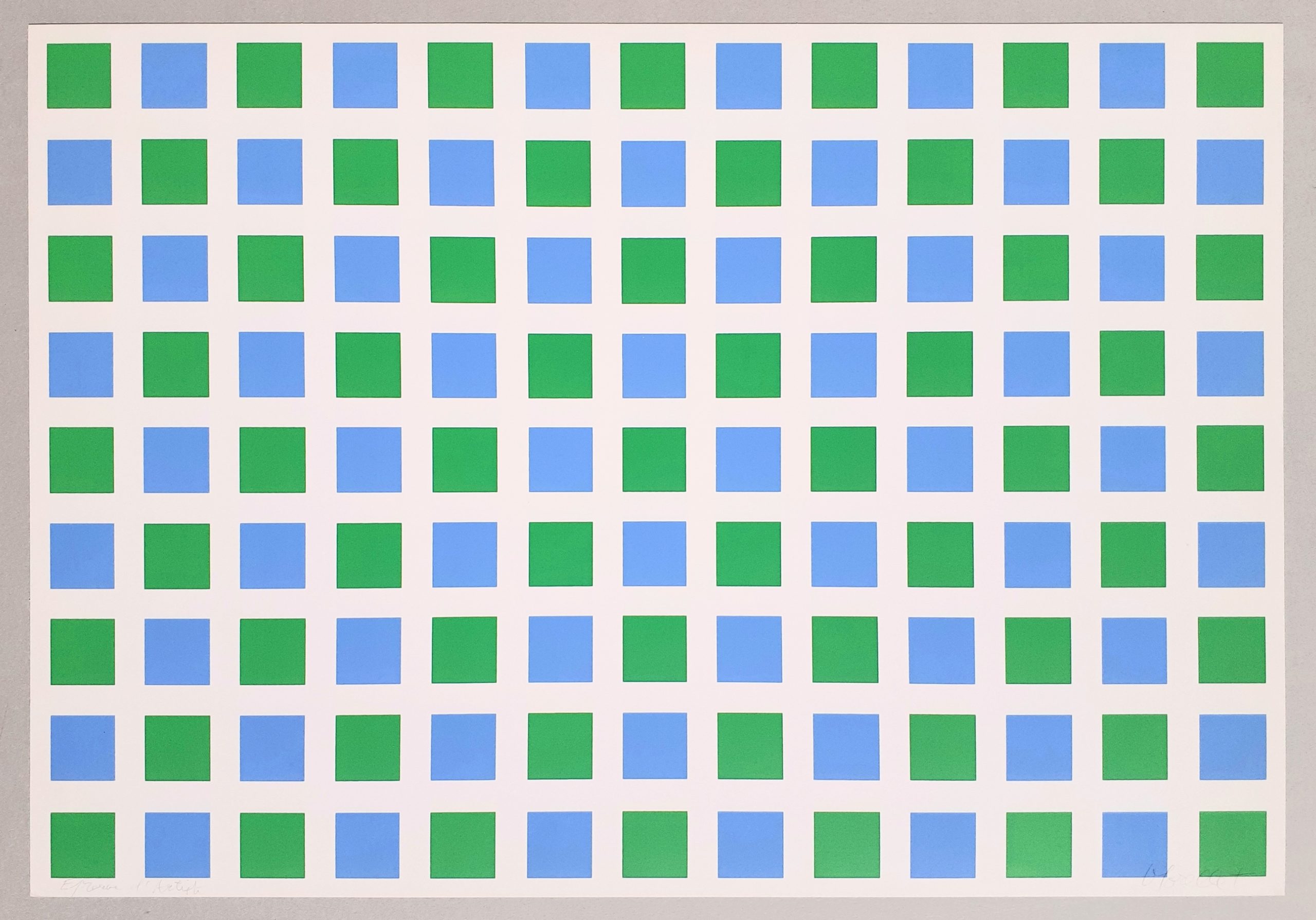 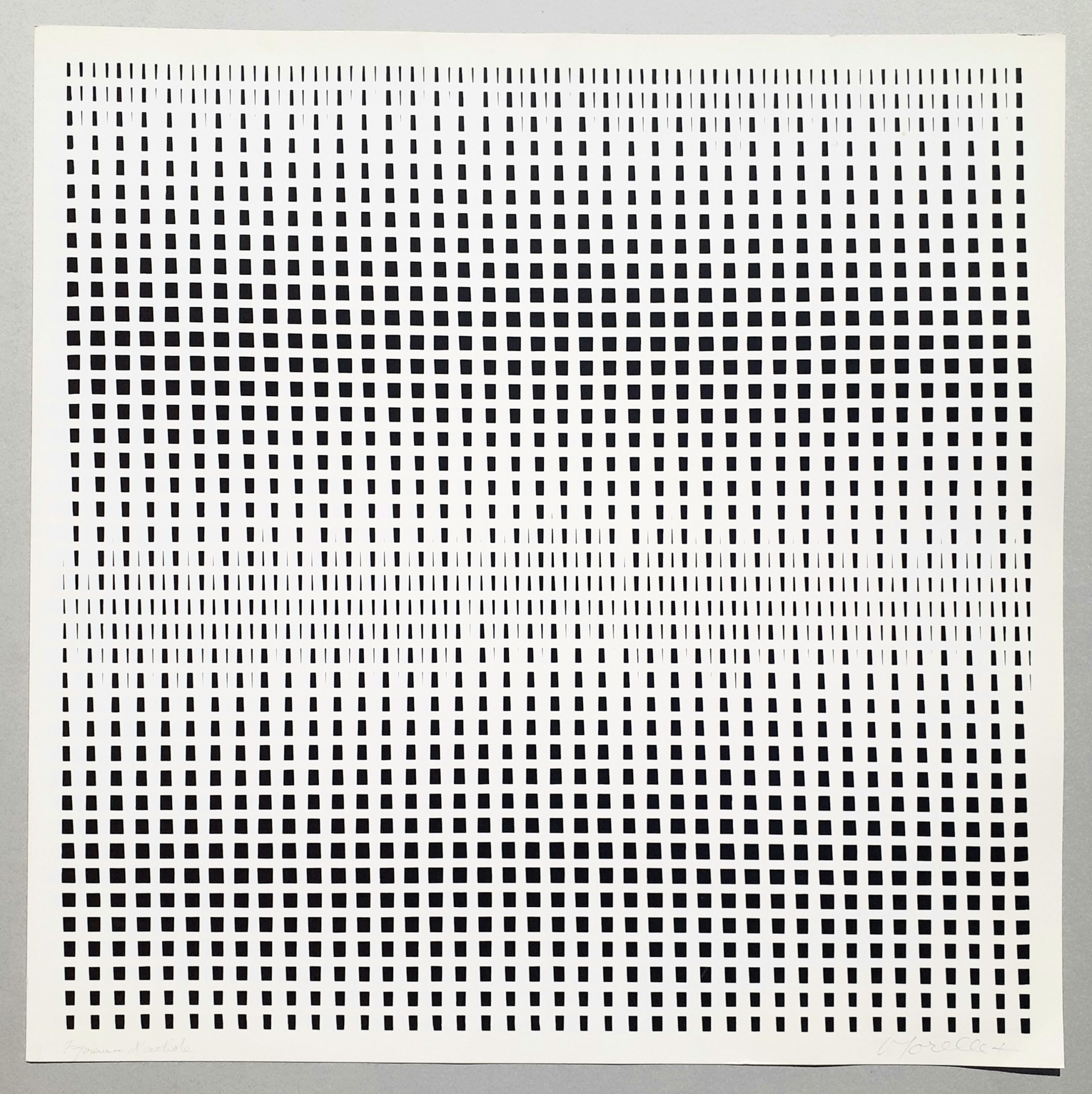 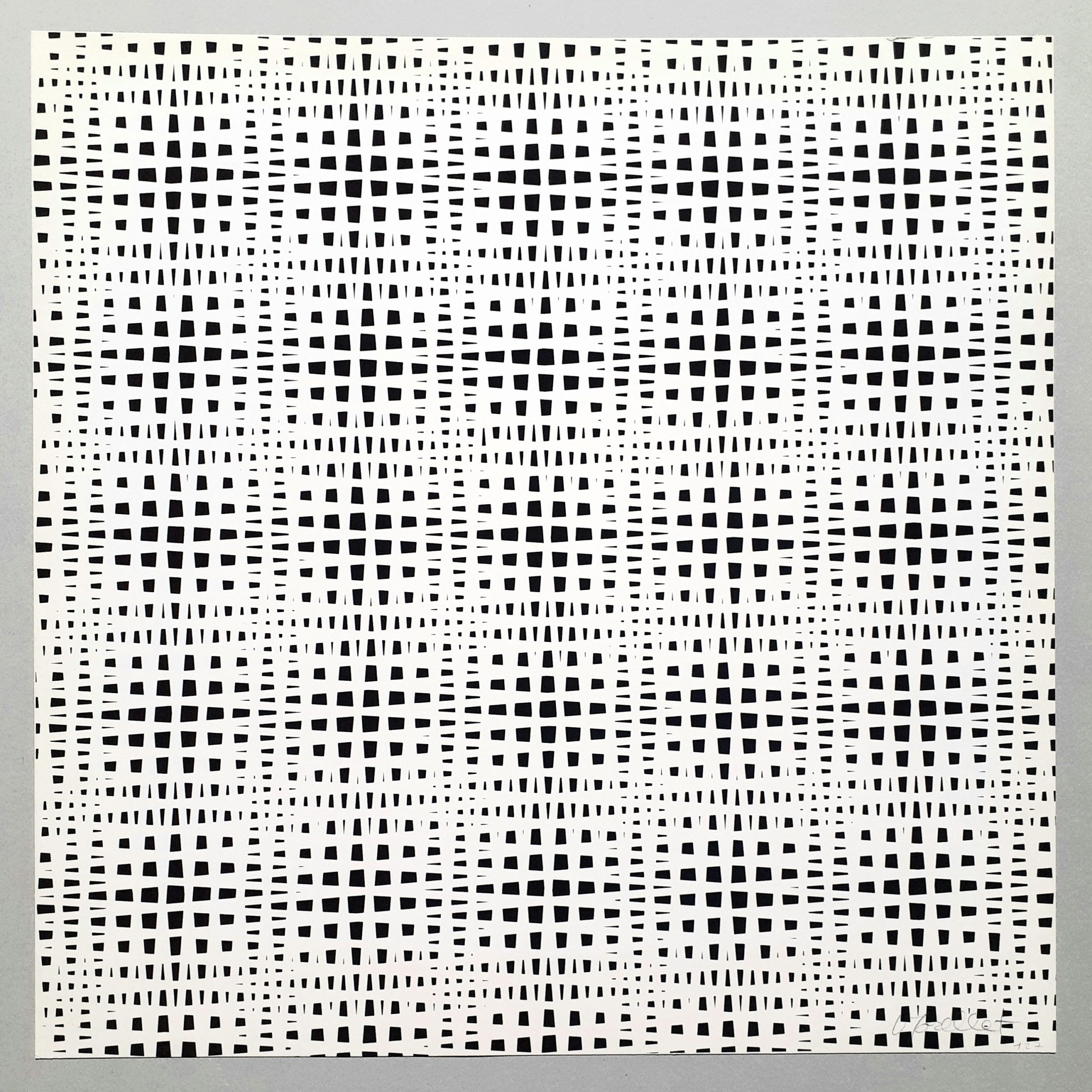 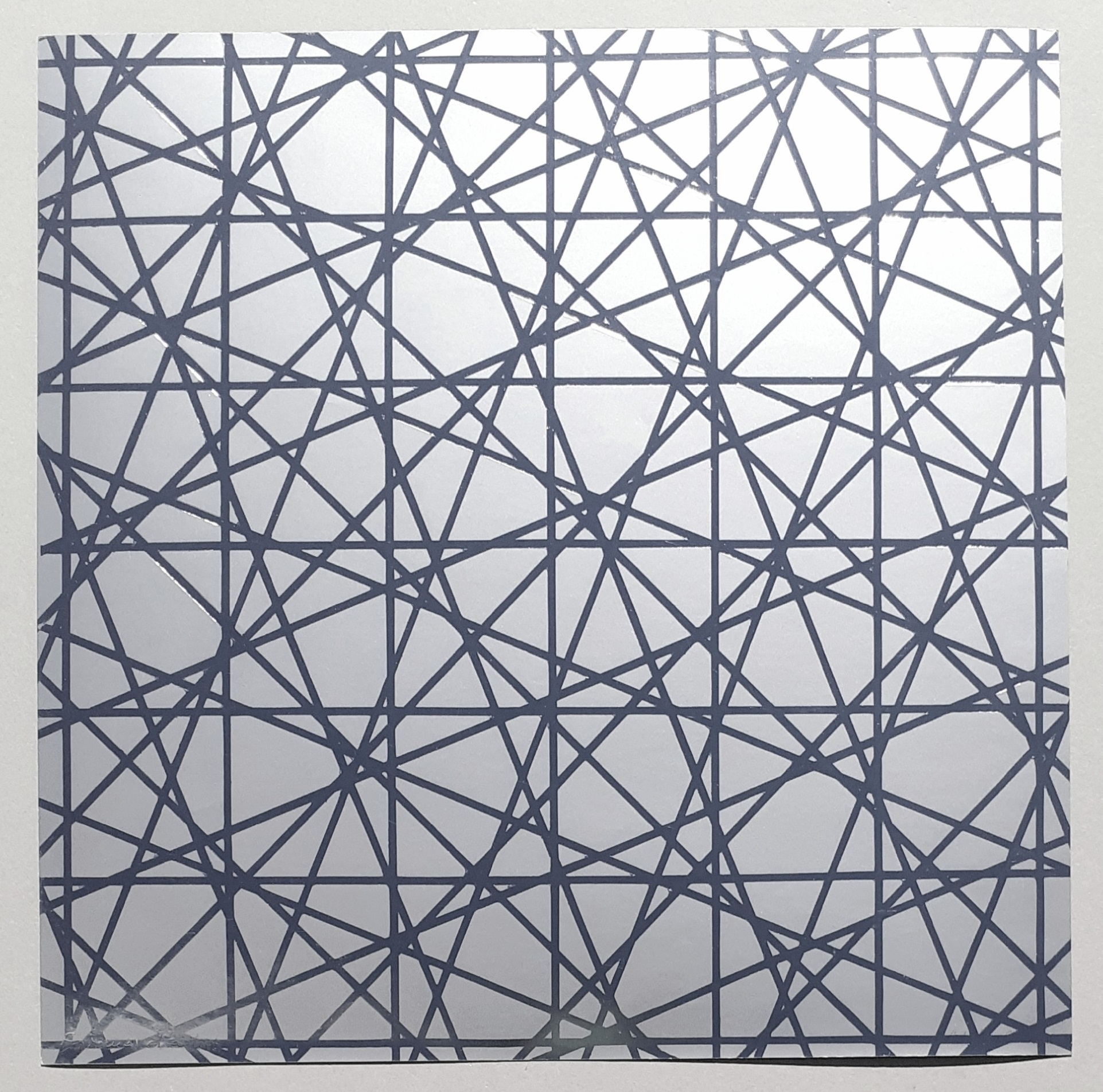 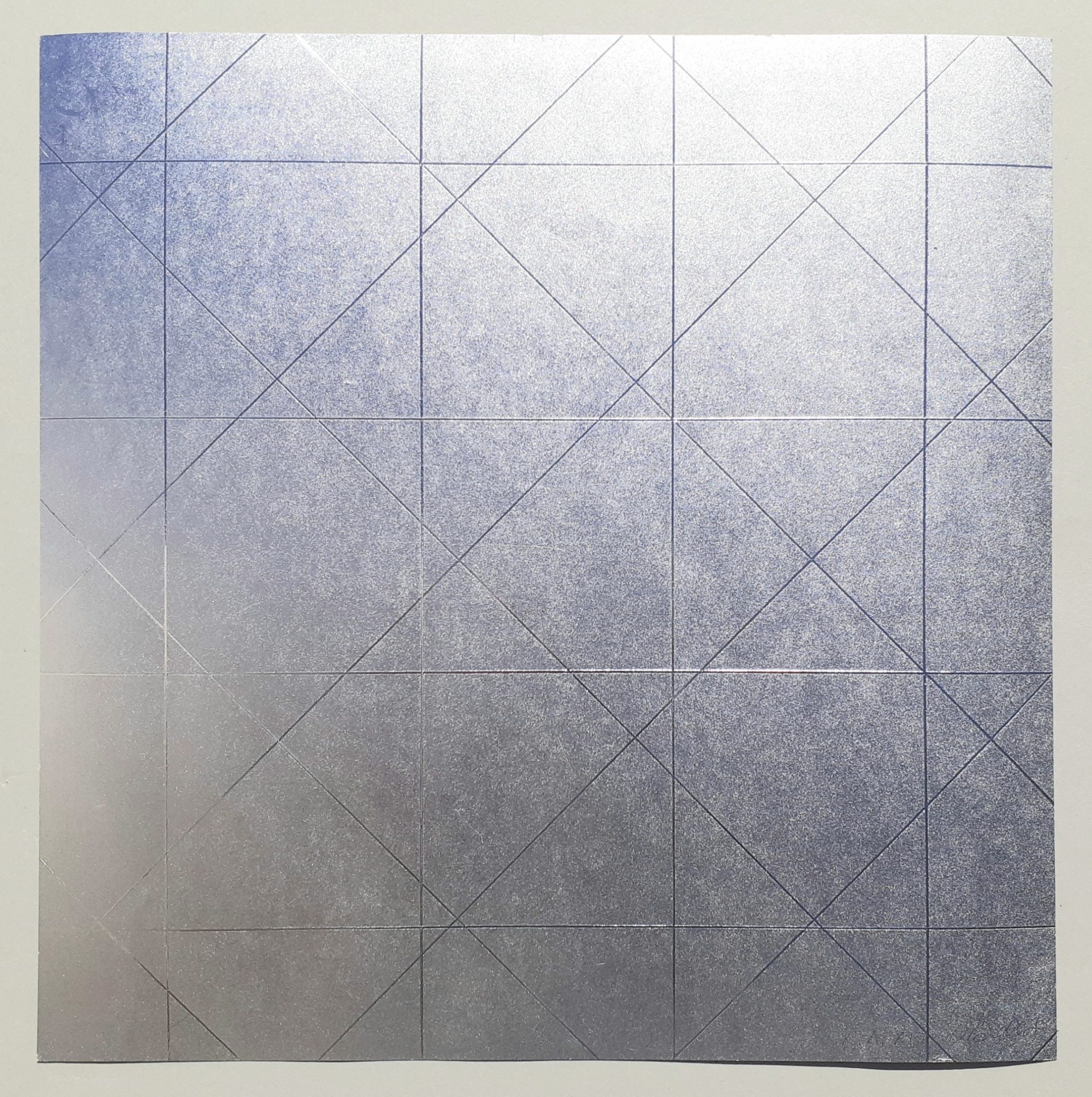 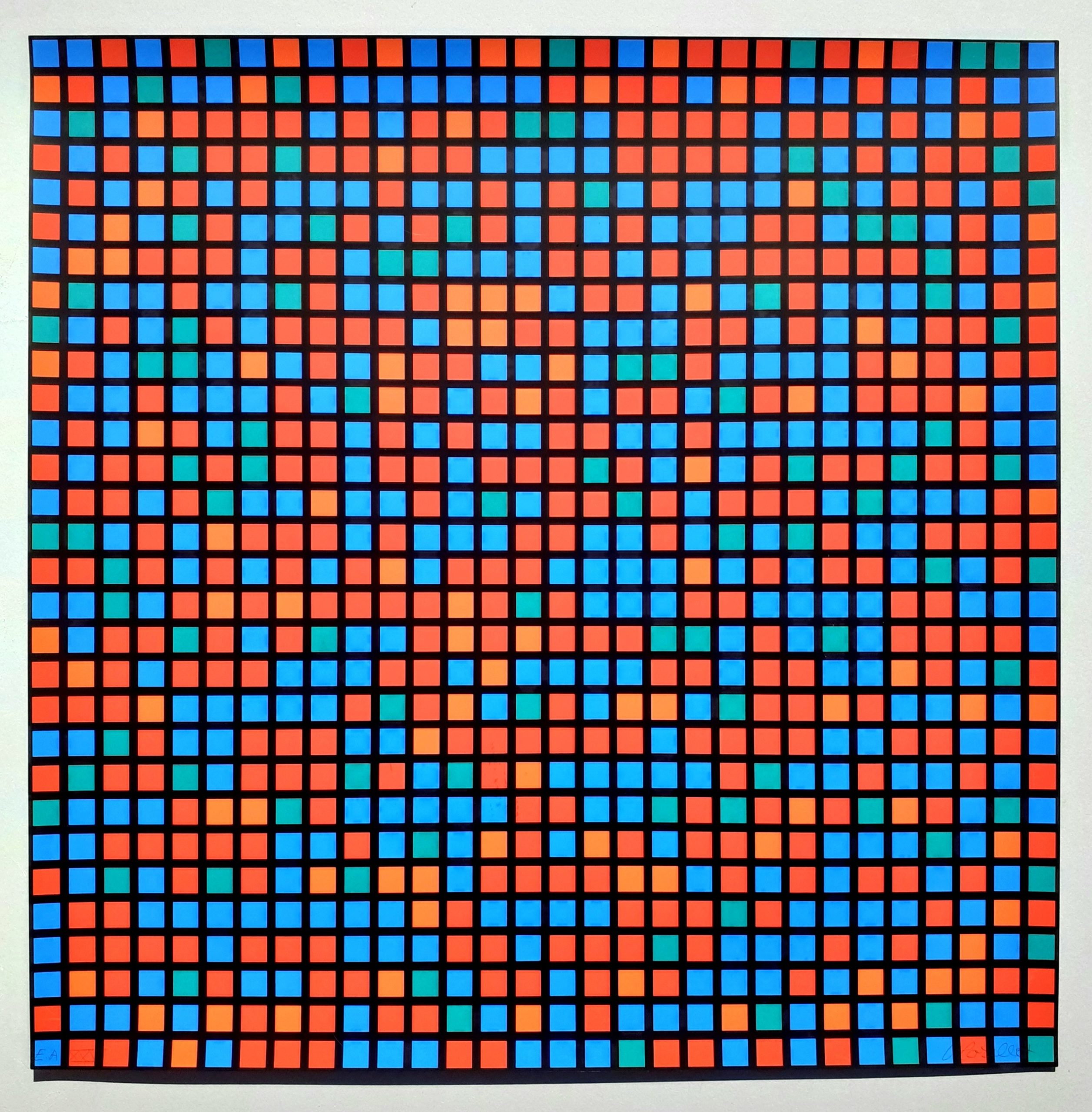 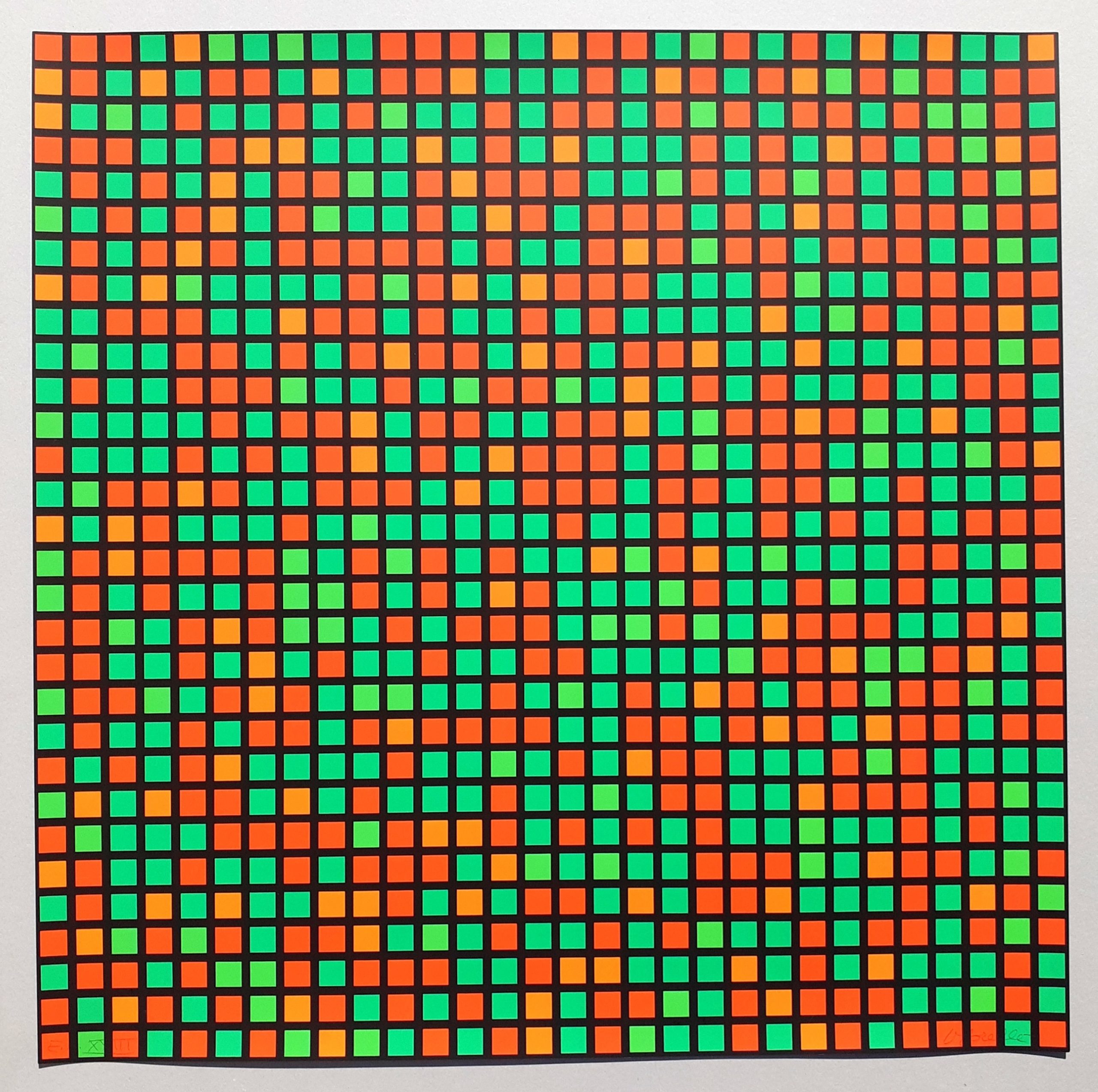 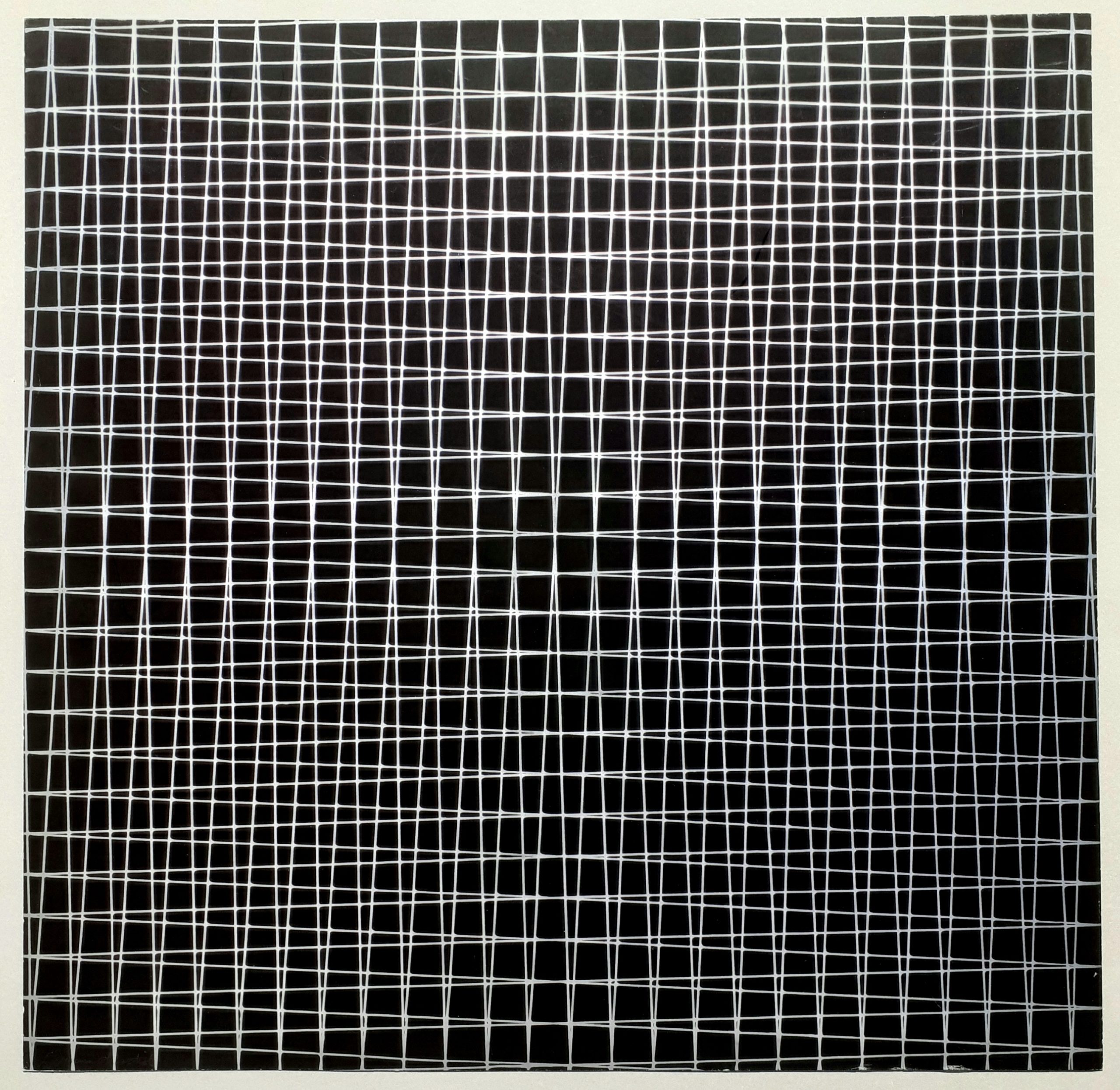 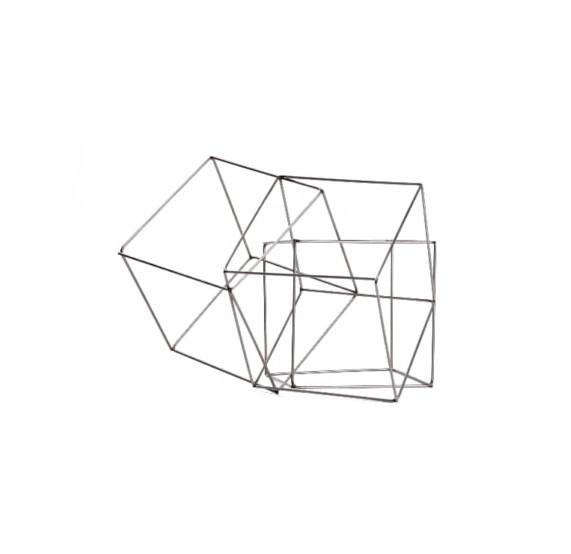 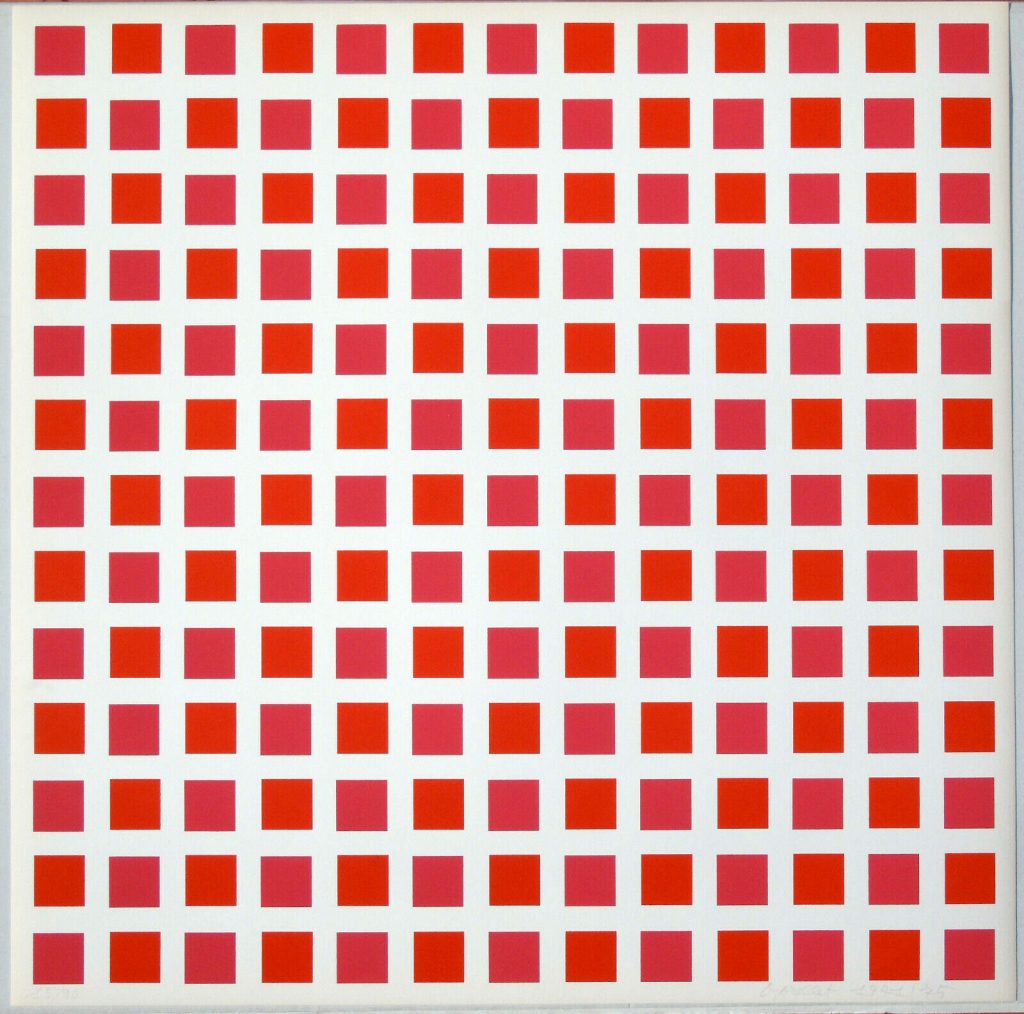 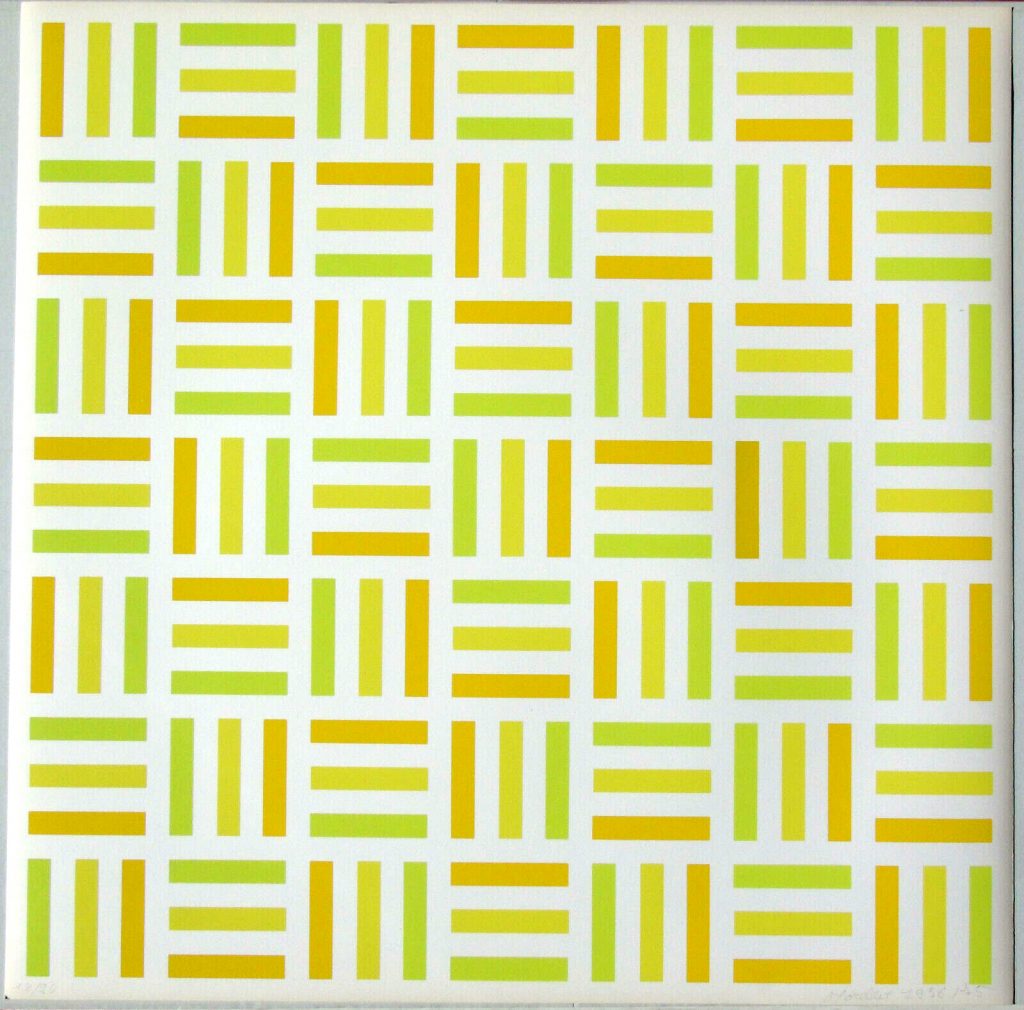 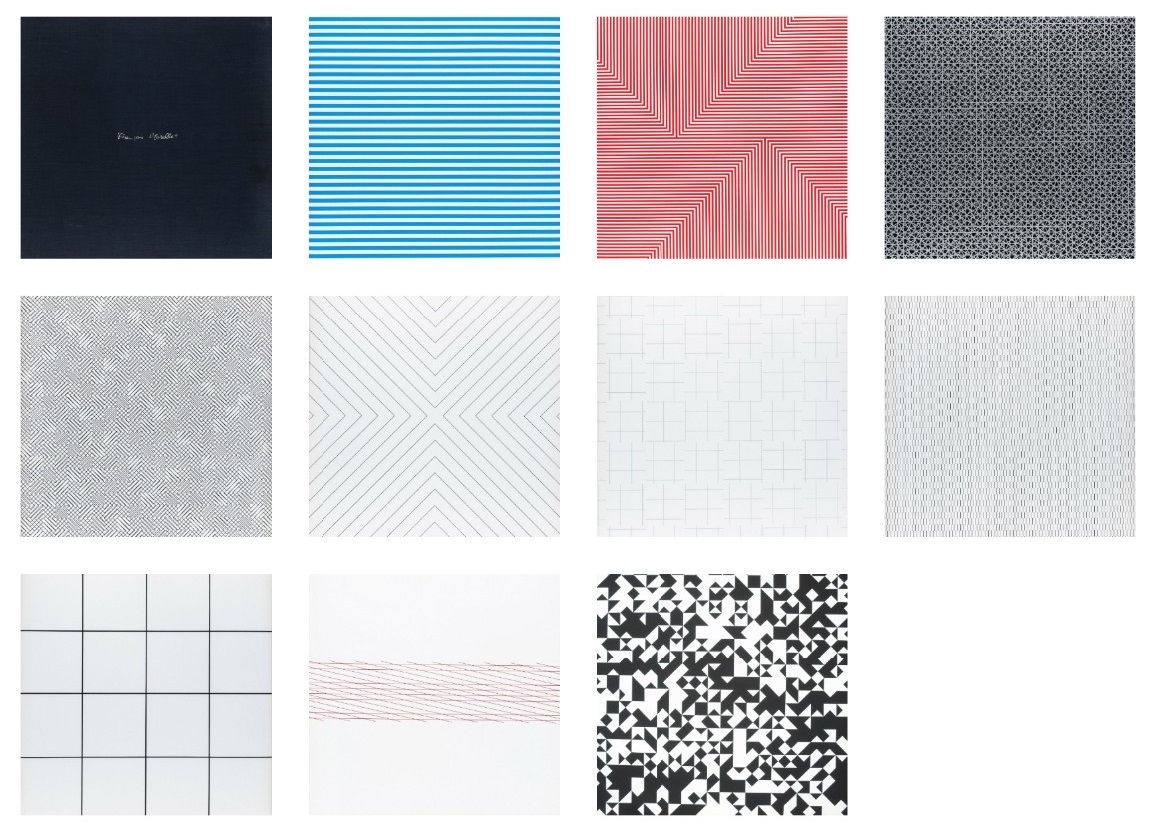 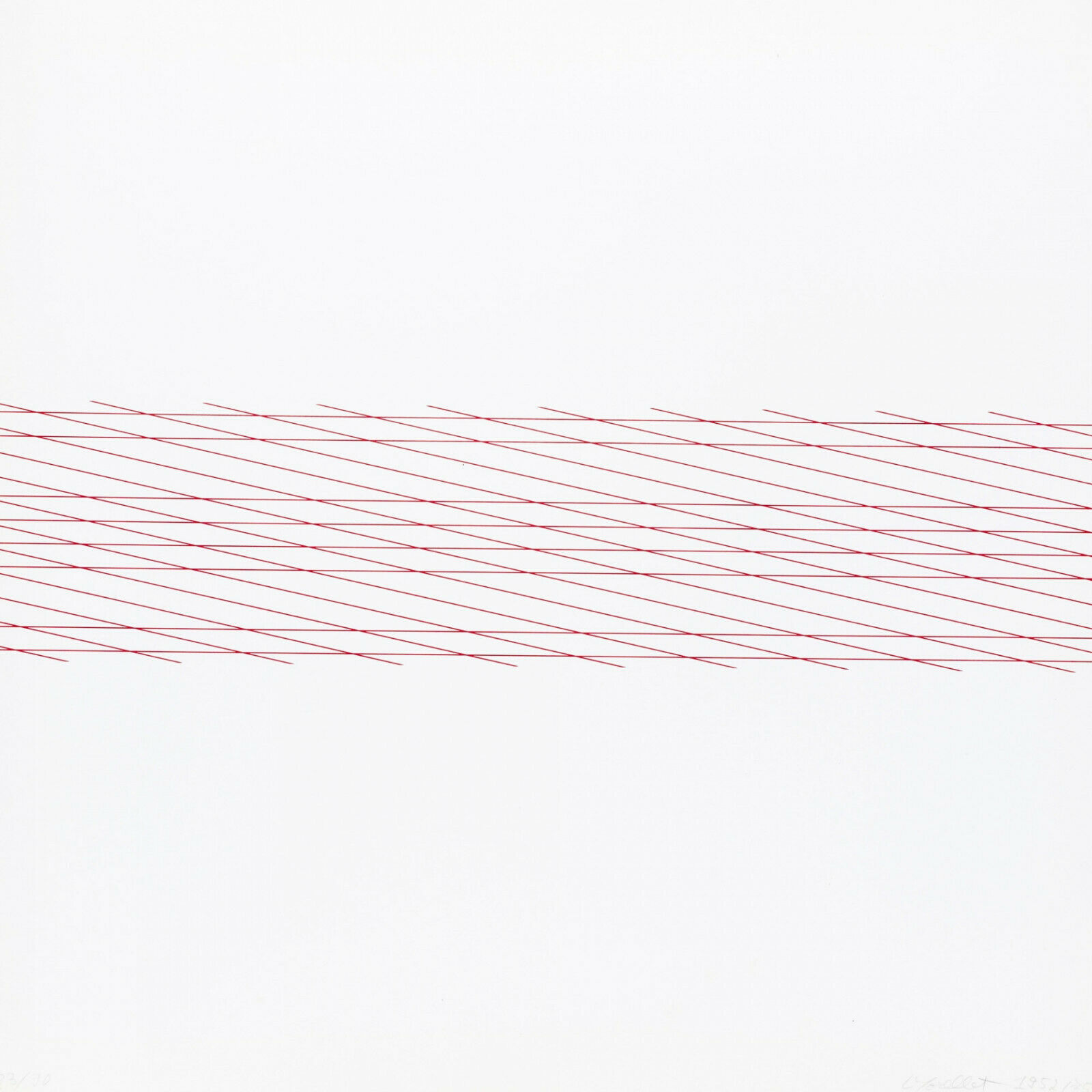 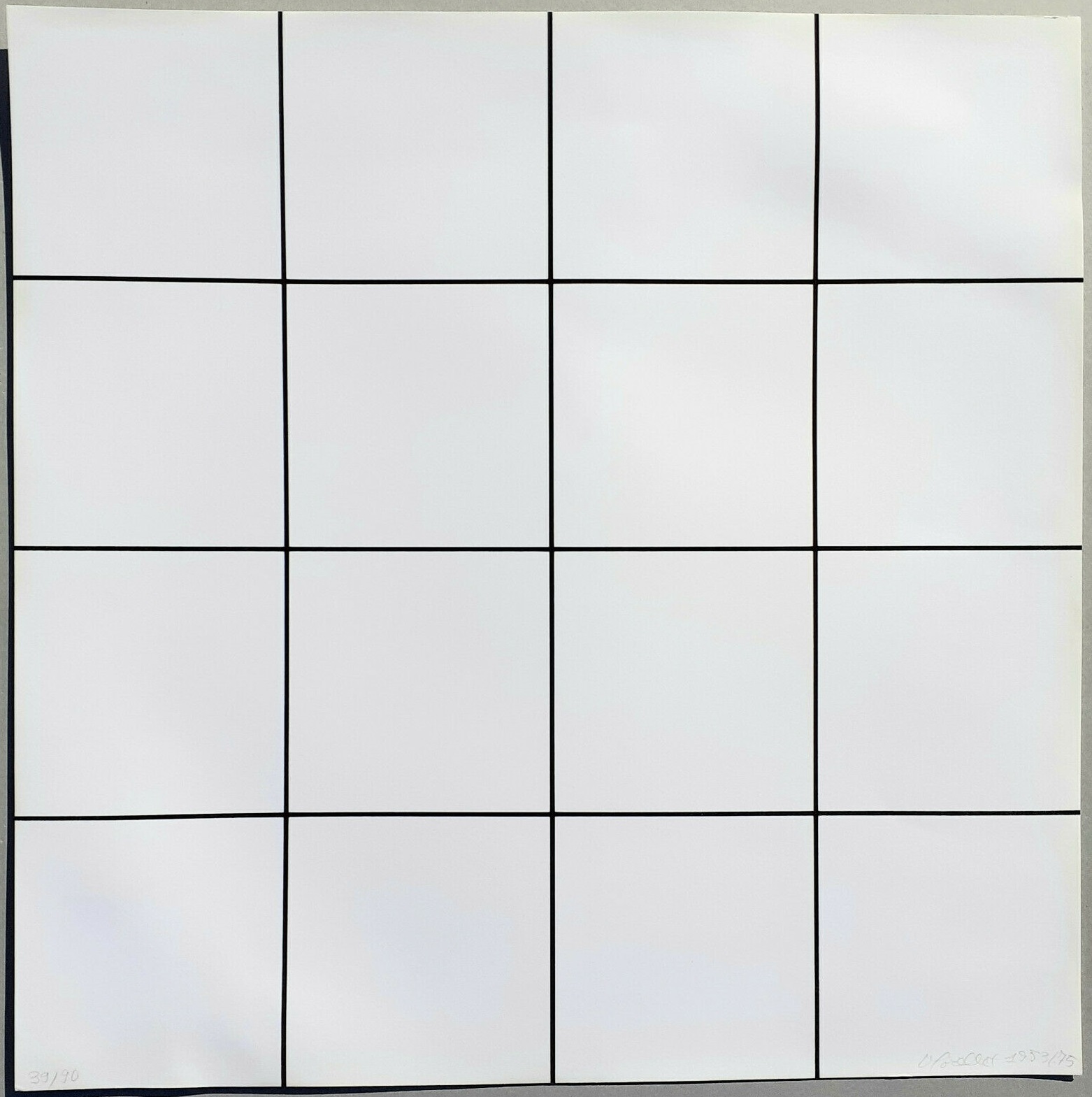 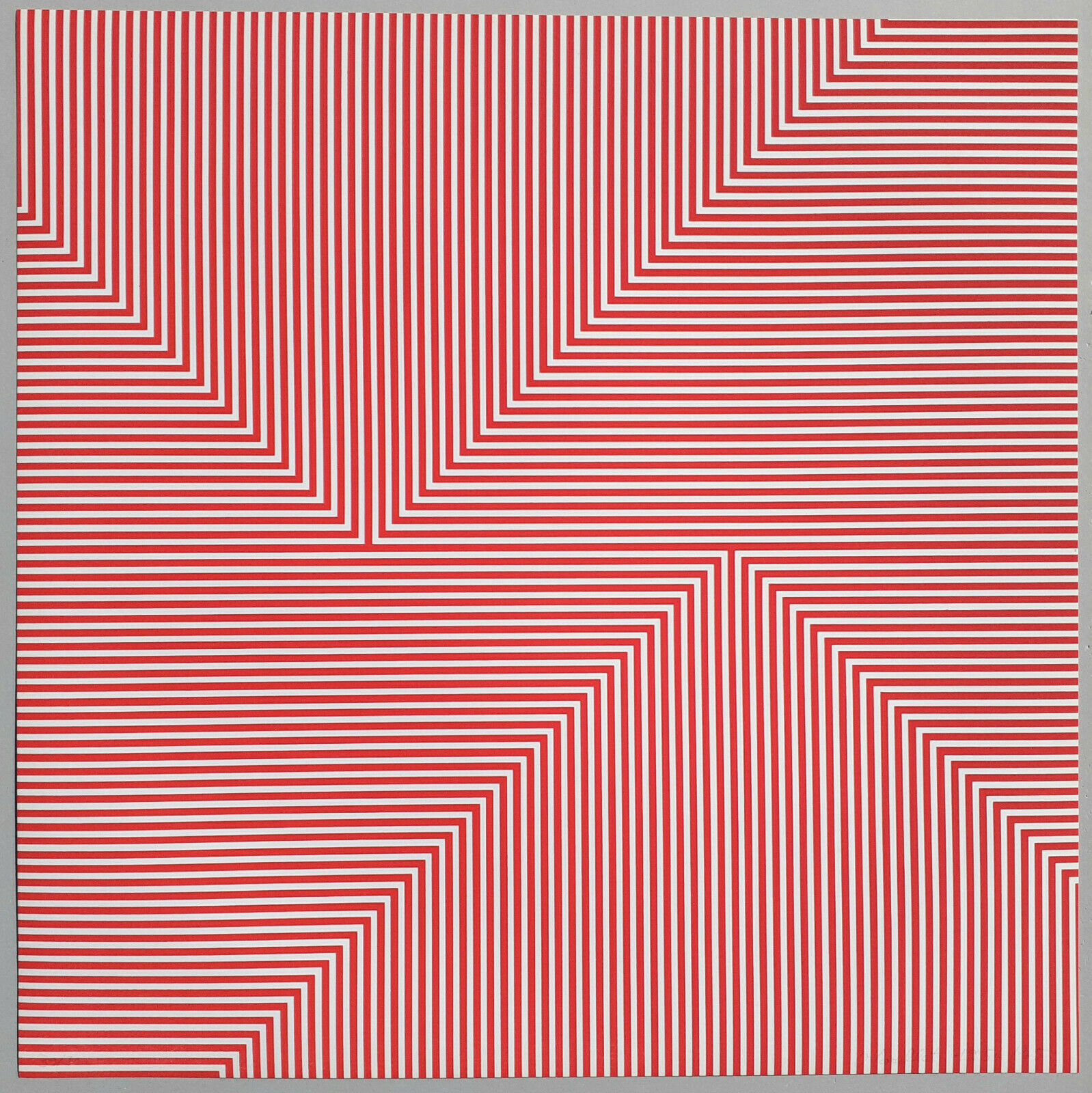 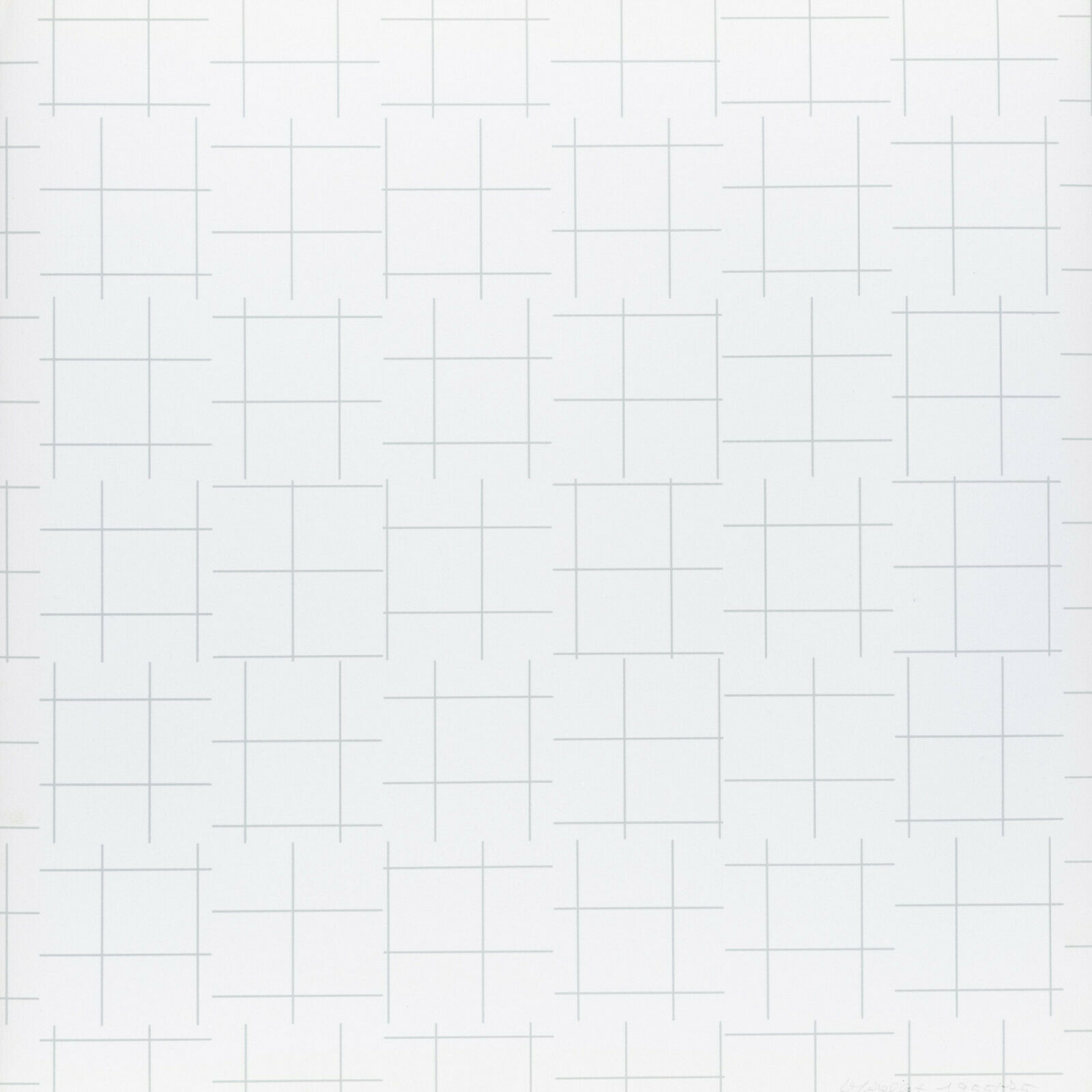 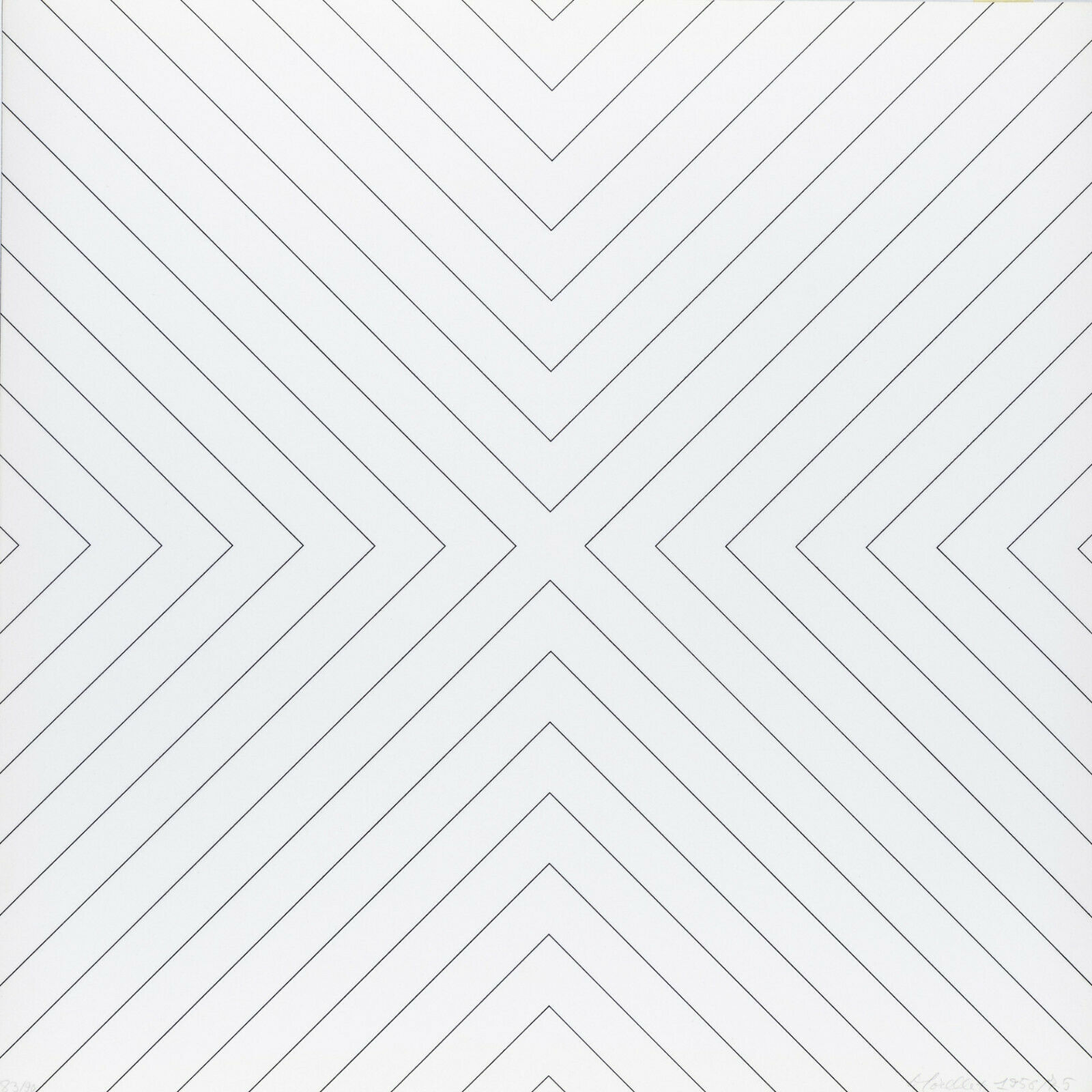 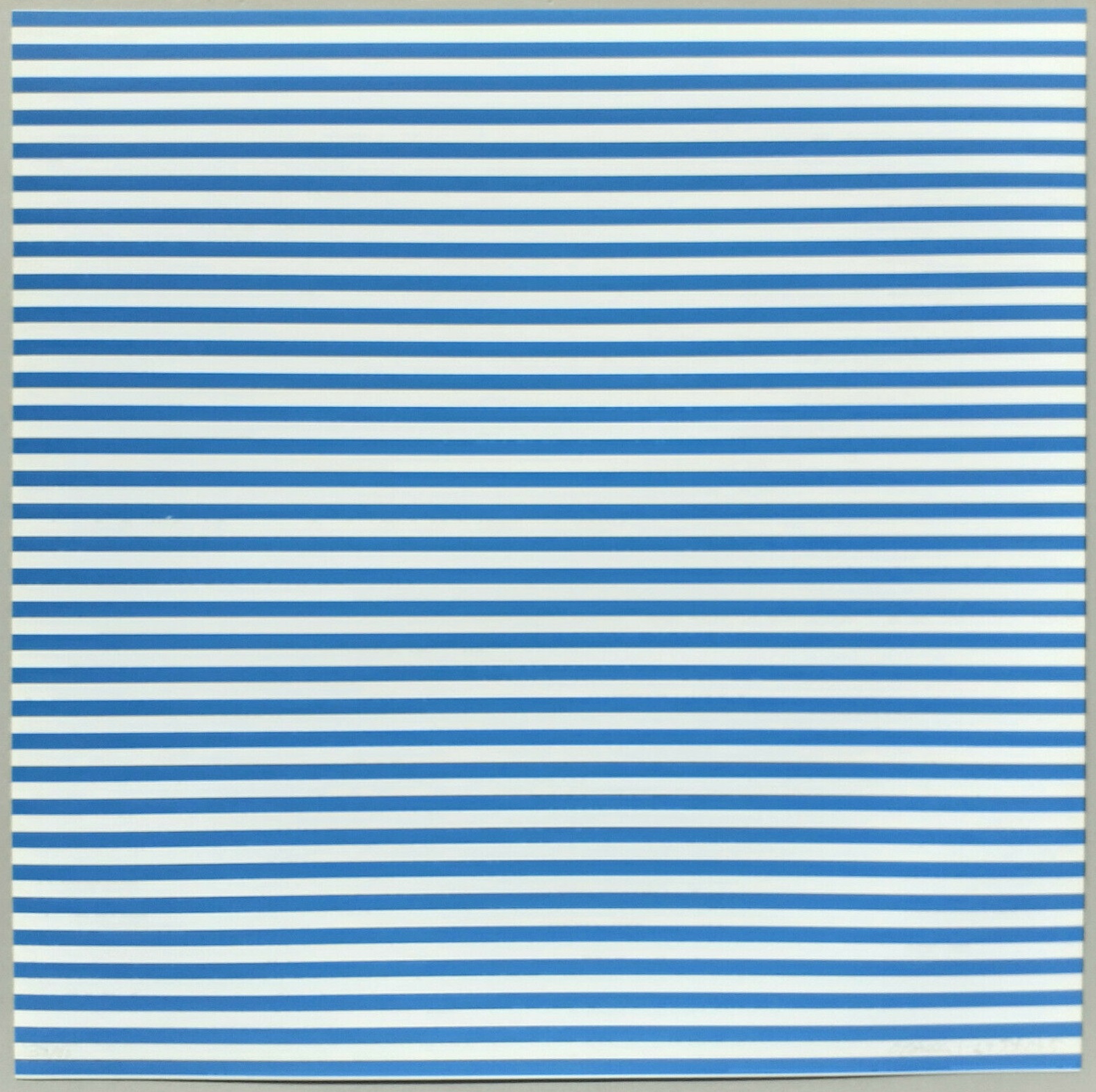 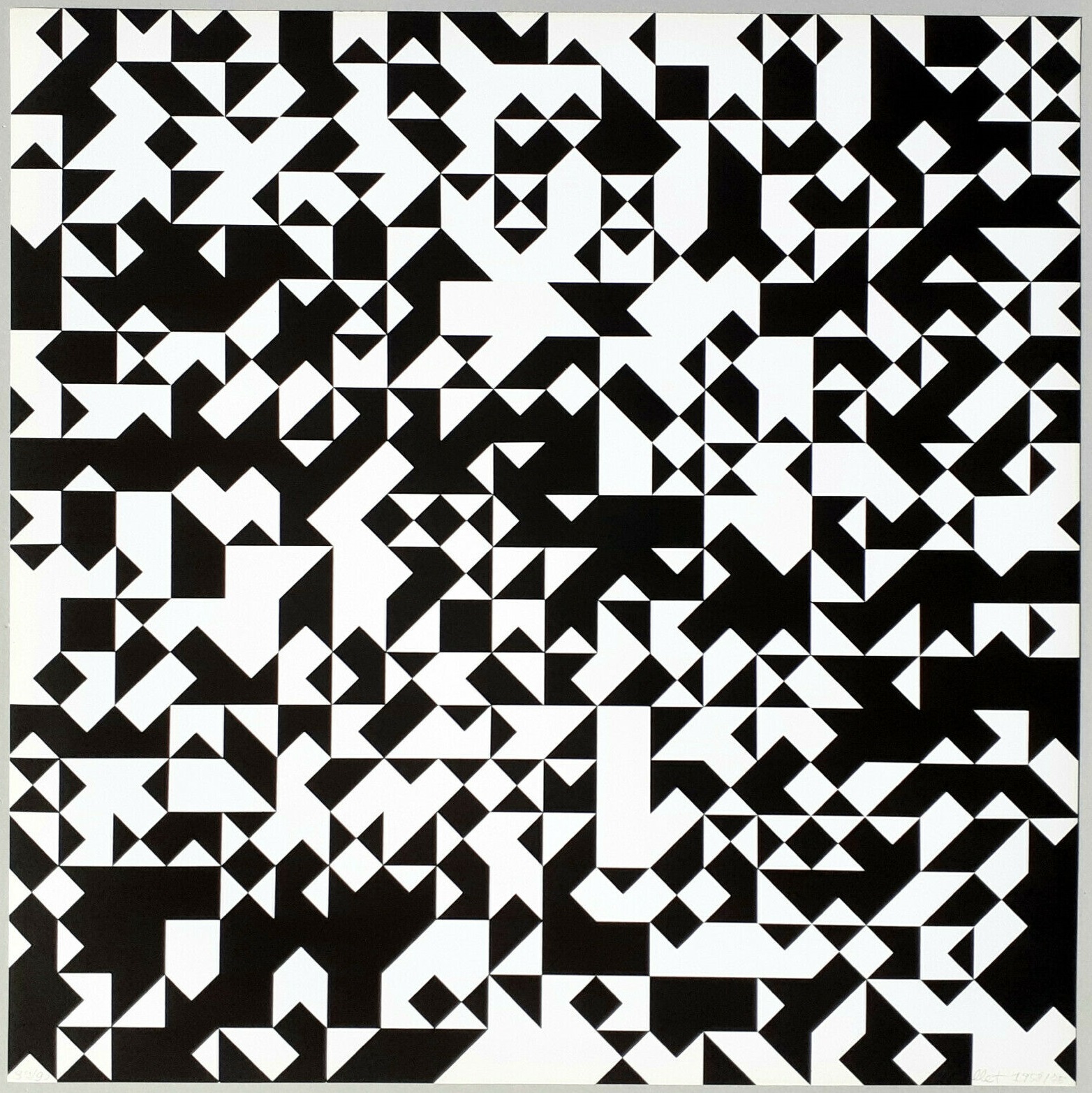 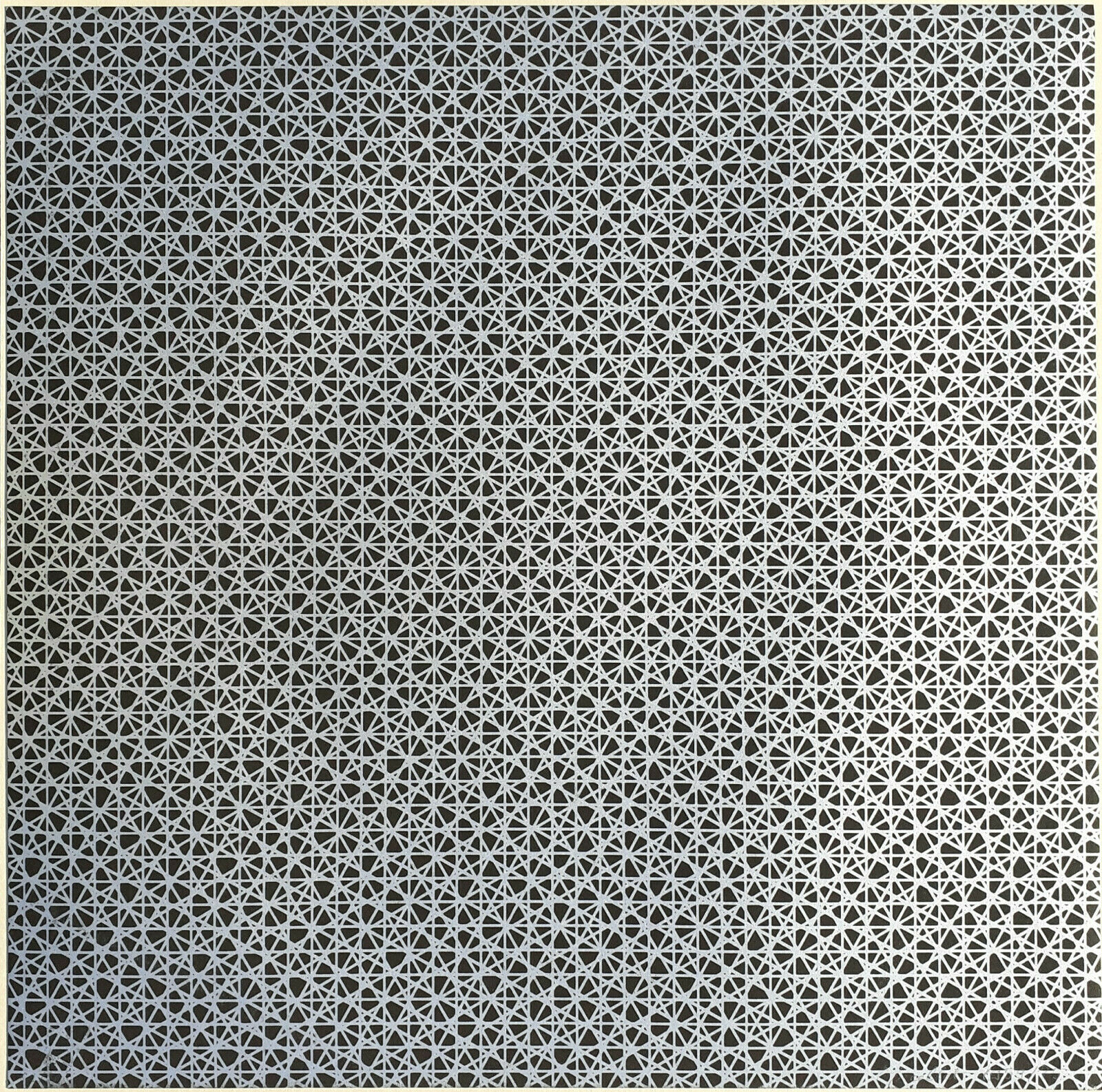 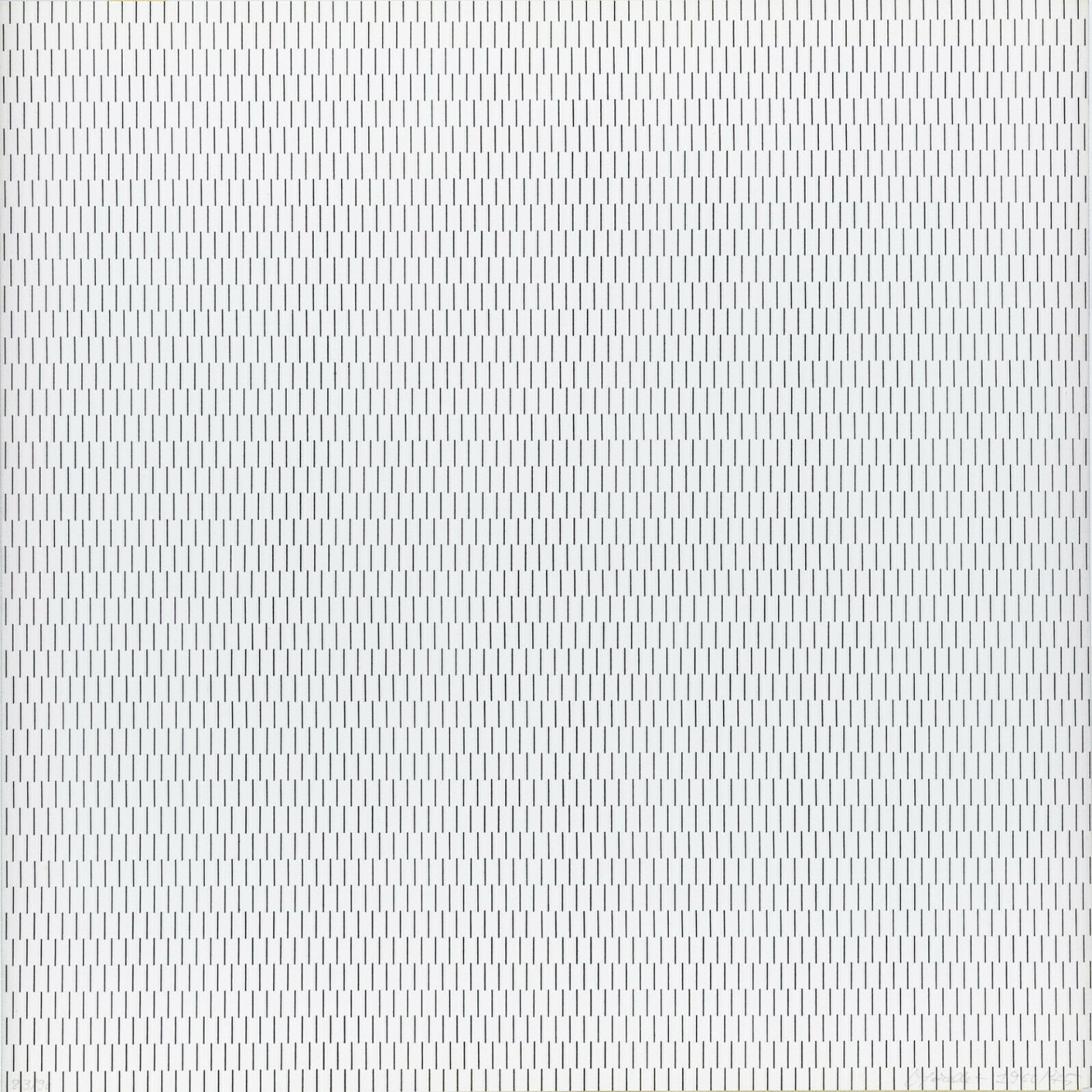 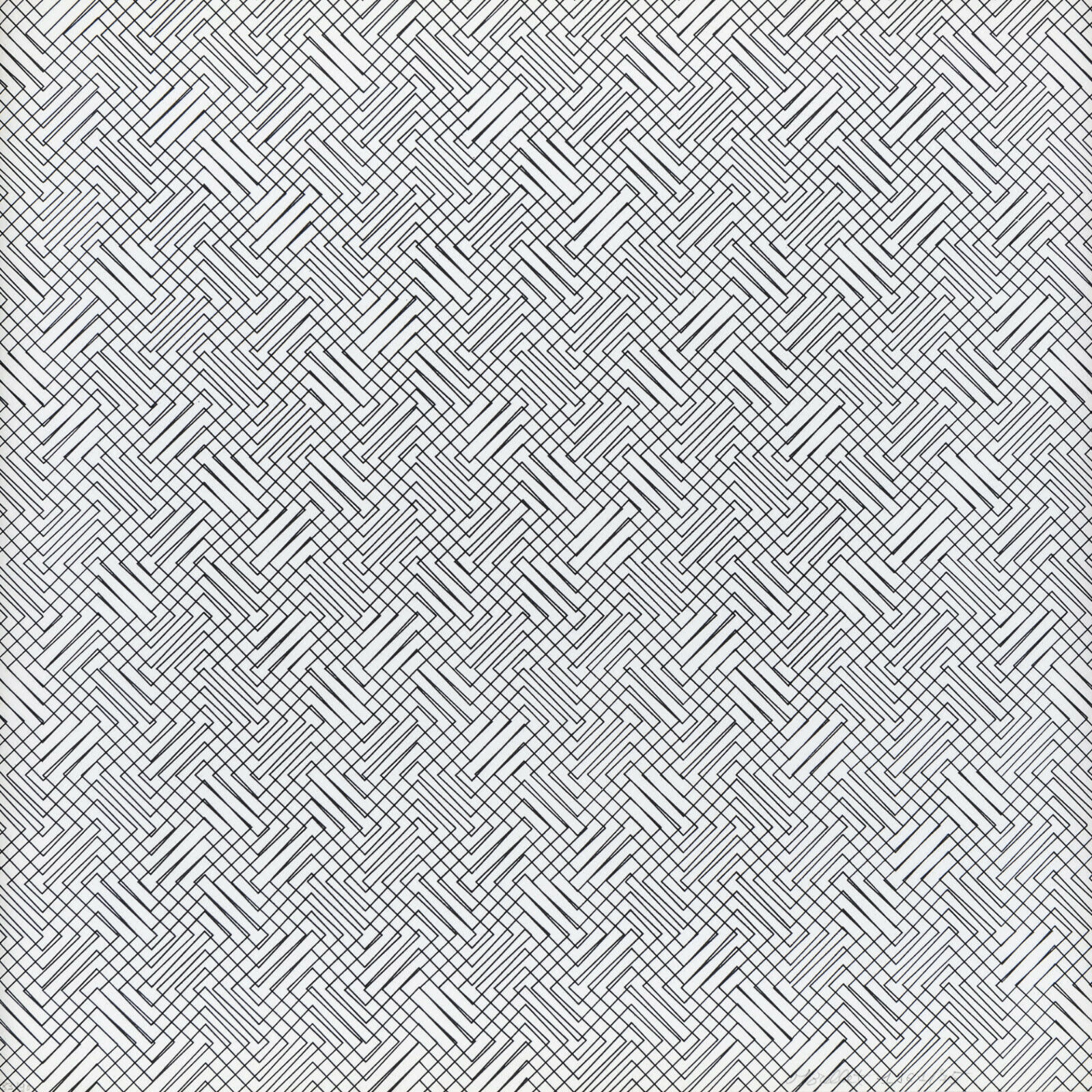 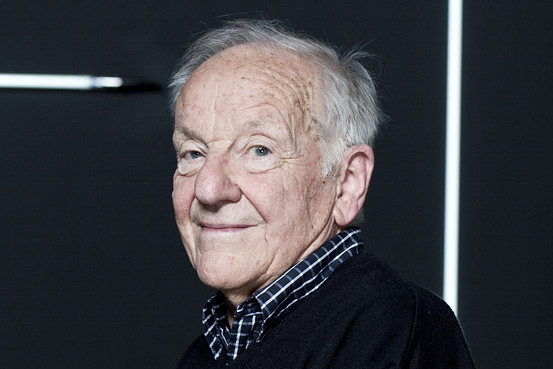 Morellet joined “GRAV” (‘Groupe de Recherche d’Art Visuel’: 1960-1968), a group of Kinetic artists who explored the possibilities of the visual arts in a scientific and experimental way. In 1992 François Morellet put together all his work in “Relâche n° 1” by combining in it all the materials he had ever used: neon tubing, painted canvas, adhesive tape and strips of metal. Following aleatoric principles, François Morellet allowed chance to transform his materials into an aesthetic disorder.

François Morellet’s artworks are in the most important private collections and museums in the world. He died in May, 2016 at the age of 90 years in his place of birth Cholet.