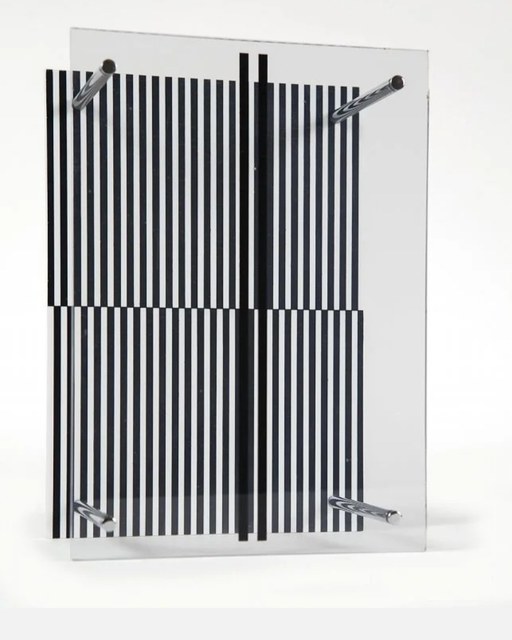 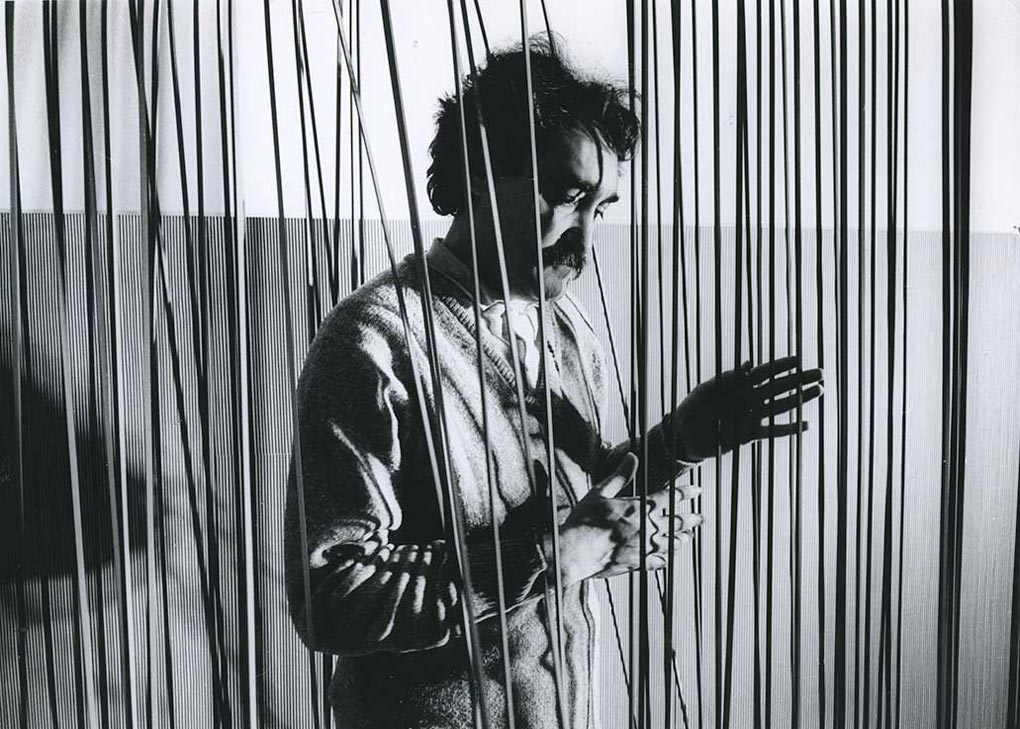 Jesús-Rafael Soto is born in Ciudad Bolivar (Venezuela) in 1922. First guitarist, he becomes a painter in words and film posters. The young man gets a scholarship, follows the course of Fine Arts in Caracas, teaches during a while in Maracaibo. He moves to Paris in 1950 and attends the conferences of the Abstract Art Workshop (Jean Dewasne, Edgard Pillet).

In 1952, he works at the “Projet d’intégration des arts” (Integration Project of the Arts) at the Central University of Venezuela, with artists such as Otero, Calder, Fernand Léger, Hans Arp, Pevsner and Henri Laurens, a project which aims to integrate the avant-garde art to architecture. With – among others – Vasarely, Agam or Jean Tinguely, Jesús-Rafael Soto participates in the exhibition “Le Mouvement” at Denise Rene Galery (Paris), he explores issues of perception of the abstract-constructivist system.

The artist develops kinetic vocabulary by making works that produce optical vibrations, playing on the change of space and perception of the beholder, exploring the question of involving the viewer in the work itself. He creates his first “Vibraciones” in 1958, and “Penetrables” in the late 1960s.

Soto has significantly acceded to public artwork commission (Unesco in Paris, Caracas, etc.) and his work is represented in major museums. Emblematic artist of Op Art and Kinetic Art movements, Jesús-Rafael Soto dies in Paris in 2005.