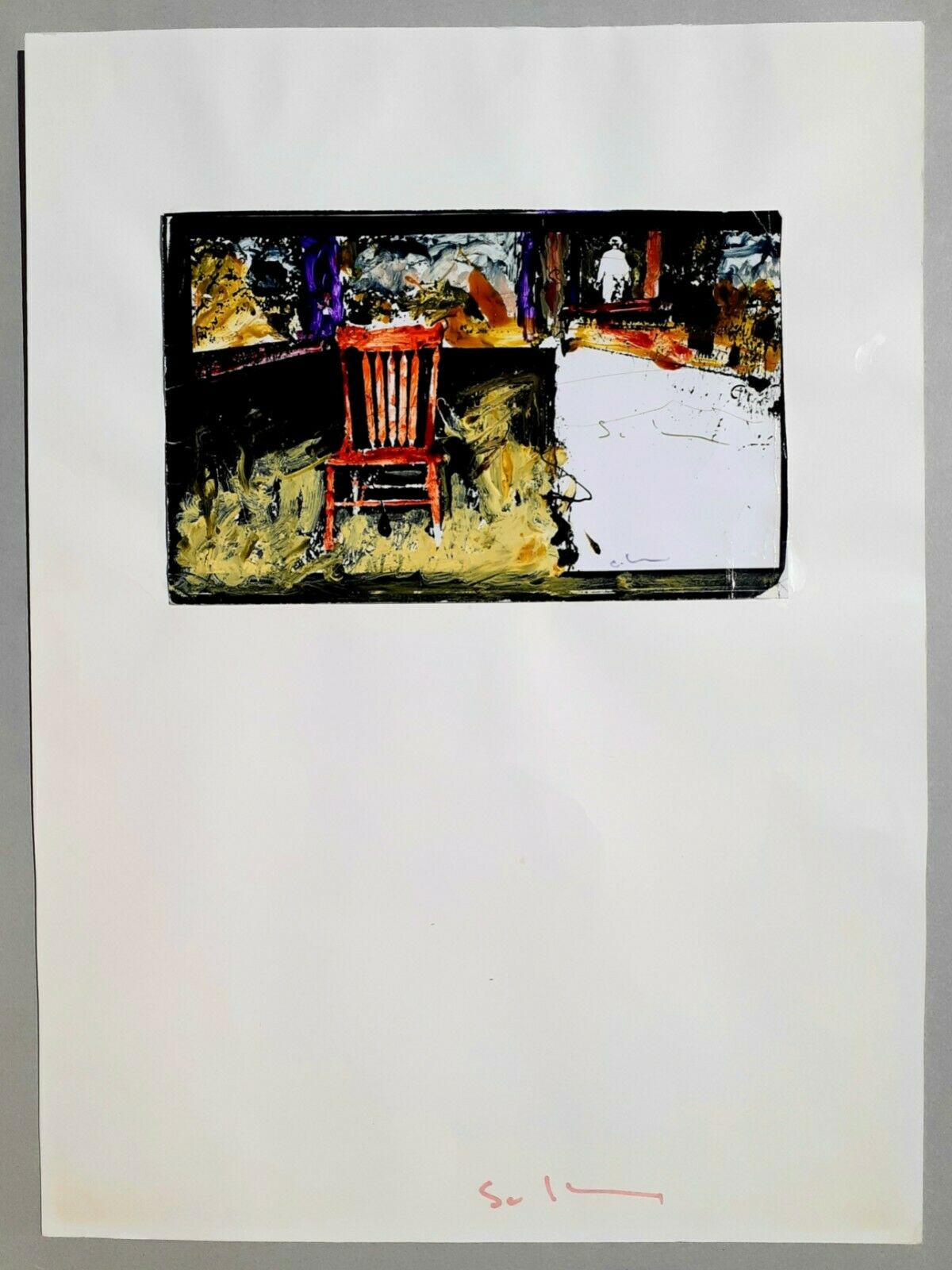 enamel on paper applied on cardboard

hand signed twice on front on the image and on the cardboard. The artwork is archived at the Archivio Mario Schifano